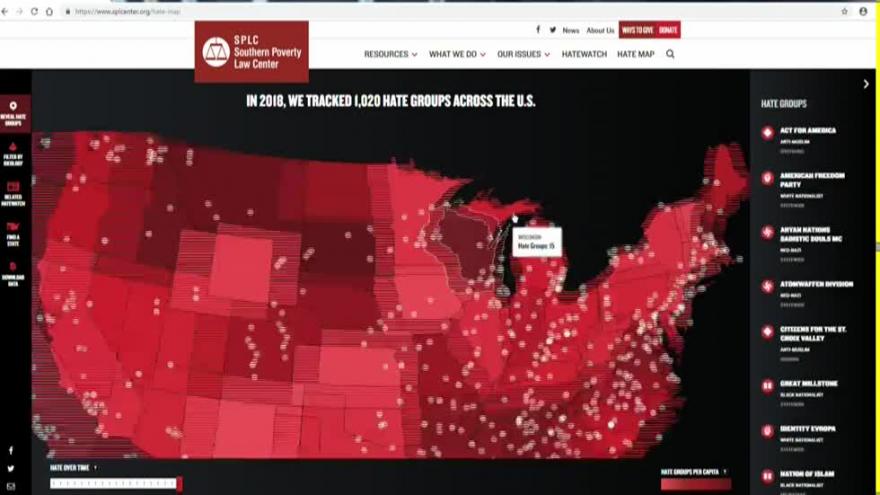 The Southern Poverty Law Center has tracked hate groups and extremists for decades.

In 2018, it found 15 hate groups in Wisconsin. Three of the named groups were based in Milwaukee.

"We're not at a high point in race relations, tolerance and equality in this country, certainly not in our rhetoric," said Chris Abele, Milwaukee County Executive, at a ceremony at the Black Holocaust Museum this week.

He believes there’s ample opportunity in Milwaukee for intolerance to flourish.

"Milwaukee's the leading city for many racial disparities in the country like employment gap, wealth gap, income gap, homeownership," Smith said. “So until we get to a point where…people are willing to speak and be aggressive in ending this hatred, then we're going to continue to see this uptick."

We didn’t immediately hear back from the SPLC about its criteria for identifying hate groups.

Leaders of the Nation of Islam in Milwaukee took exception to being included on the list, calling it ‘slanderous’, and challenging the SPLC to a public debate.

Smith agrees, saying the black nationalist group shouldn’t be lumped in with groups that have swastikas in their logos.

“Black nationalism is speaking in support of black people,” he said. “I don’t see the hatred in that, especially in a society where being black brings its challenges.”

Smith says despite what the SPLC statistics say, he’s hopeful, because every day he sees people putting in the work to make their neighborhoods better.