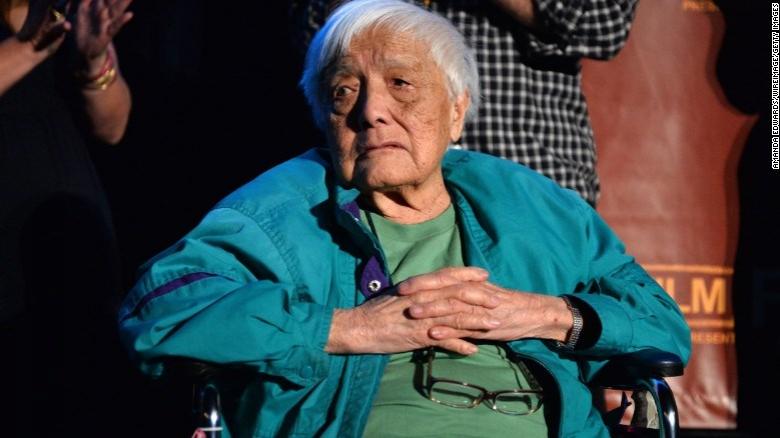 (CNN)Grace Lee Boggs, an American writer, activist and feminist, has died at the age of 100.

A statement on the Boggs Center website said that Boggs "died peacefully in her sleep" at her home in Detroit. She was a revered figure in the struggle for equal rights for all.

President Barack Obama -- himself, like Boggs, a former community organizer -- issued a statement expressing his sorrow.

"Michelle and I were saddened to hear of the passing of author, philosopher, and activist Grace Lee Boggs," Obama said in the statement. "Grace dedicated her life to serving and advocating for the rights of others -- from her community activism in Detroit, to her leadership in the civil rights movement, to her ideas that challenged us all to lead meaningful lives. As the child of Chinese immigrants and as a woman, Grace learned early on that the world needed changing."Grace Lee Bogs was born June 27, 1915, in Rhode Island, the daughter of a Chinese-born restaurant owner and his second wife. She grew up in New York and became politically active in the 1930s

Throughout her life, she participated in the struggles of America's black community to achieve equal rights and opportunities.

According to the Boggs Center website, Boggs helped organize the 1963 March Down Woodward Avenue with Dr. Martin Luther King and the Grassroots Leadership Conference with Malcolm X.

She was active in the labor movement, the civil rights struggle, the Black power movement and the push for environmentalism. She worked for decades with her husband, James, to advance these ideals.

"Grace died as she lived surrounded by books, politics, people and ideas," said Alice Jennings and Shea Howell, two of her trustees, according to a statement from the Boggs Center.

A memorial celebrating her life will be announced later.