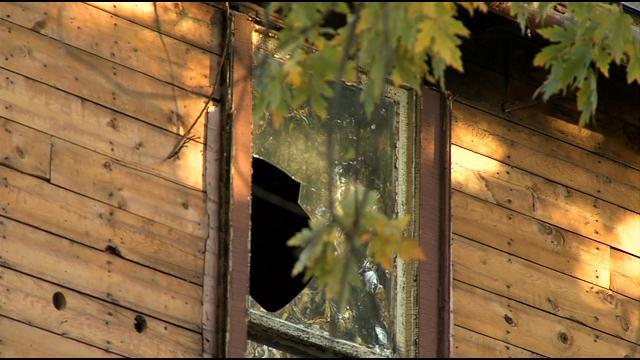 Vann is the Gary, Indiana man now suspected of being a serial killer, killing as many as seven women.

A CBS 58 news crew has been in Hammond and Gary, Indiana looking into their deaths.

Investigators say six of the victim's bodies were found in abandoned houses.

The City of Milwaukee has an ongoing problem with blight, and CBS 58 took a closer look to see what the City is doing to solve it.

At the corner of 37th and Sarnow near Washington High School in Milwaukee, there are a number of abandoned houses.

CBS 58 spoke with Dixie King who has lived in the neighborhood for 34 years.

\"I've seen a lot of change here, and it's just a sad situation, Dixie King.\"

Milwaukee police told CBS 58 there are nearly 5000 abandoned properties in the City.

In the past four years, 2900 crimes including burglaries, aggravated assaults, sexual assaults, thefts, and batteries have been connected to vacant properties.

\"The whole process is to complete one neighborhood and move to the next, Alderman Russell Stamper.\"

One plan introduced in September of this year is to sell some vacant properties for one dollar, and then offer financing loans up to $50,000 to help new owners make repairs.

Alderman Stamper told CBS 58 if repairs are more than $80,000, then the property needs to be demolished.

\"I've also asked the department to put up those big no trespassing signs, and they're in the process of putting them up to try and detour some of that negative activity, Alderman Russell Stamper.”

Alderman Stamper told CBS 58, the City of Milwaukee saw a big hit with abandoned and foreclosed houses in 2007, and the City is still recovering.