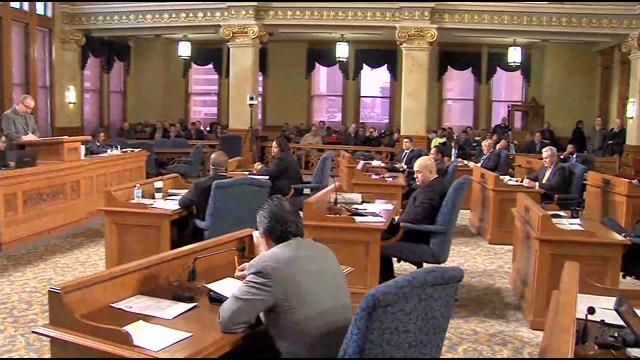 Milwaukee Alderman Bob Bauman says there are a lot of questions to answer about the new arena financing deal. The deal passed the state legislature Tuesday.  Now it goes to Governor Scott Walker.  Milwaukee leaders plan to hold committee meetings about the plan.  They also welcome public comment. Alderman Bauman says public testimony and input was missing at the state level.

\"We're going to conduct a transparent process,\" Bauman said Wednesday.  \"Everyone is going to have an opportunity to be heard and we'll go from there.\"

Bauman says there are a lot of questions to answer.

\"On the design side, implementation, what kind of entertainment venues, what type of restaurants, what type of bars?,\" Bauman said.  \"How are they going to compete? How will they integrate with existing establishments in the neighborhood?  How are the plazas going to look? How's the building going back to look?\"

Common Council President Michael Murphy shared similar concerns about transparency.  He wants the city portion to be open.  Murphy also said he questions the economic development outside of the arena.  He wants the Bucks owners to show how it can help spur more development as the proposals promise.

\"The key issue for me at least is what are the Bucks and the owners of the team bringing to expand economic development to the downtown area and surrounding neighborhoods,\" Murphy said Wednesday.   \"The key issue is will they really be able to generate half a billion dollars in additional increment value for the community and creating many many jobs. I want to see how that's going to occur and when will it occur.\"

Murphy doesn't think an arena alone will help the city.

\"Every sports economist in the United States will tell you that arenas in themselves are not economic generators,\" Murphy said.  \"The issue how do the owners talk about what additional development is going to occur surrounding the arena. That's where the economic development is created.\"

Murphy asked the city comptroller to do a cost-benefit analysis based off the plan that passed the state legislature.

The issue should be in front of the common council by early September.