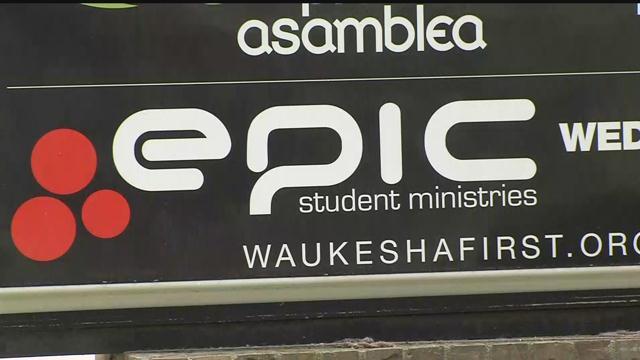 CBS 58—A Waukesha Church youth group is back up and running after a fight led to several arrests.

On April 13, a fight broke out after Epic Student Ministries youth group. Five teens were charged with disorderly conduct.

“We just had a talk with the students saying this isn’t how we treat each other,” Wolfe said. “We consider you guys to be our church family and that’s not how family treats one another.”

Six students involved in the fight were suspended from the program for several months and can only return under strict conditions.

“That includes meeting with an adult mentor, that means attending a certain number of bible studies,” Wolfe said. “But for the safety of the whole group we had to dismiss about six students.”

The Wednesday night youth program resumed earlier this month, but with a new safety plan, including better lighting outside the building and more supervision.

“We’ve had many parents step up and be a part of our revamped safety team, where we have some extra adults present on our property,” Wolfe said.

“I thought they did a very nice job, to handle what the situation was,” said Julie Maynard, who lives down the street.

And Wolfe says the fight served as a turning point for the program.

“God’s in the business of taking ugly situations and making them in to something beautiful,” Wolfe said. “I believe God’s going to use this situation.”