Children Head to the North Pole 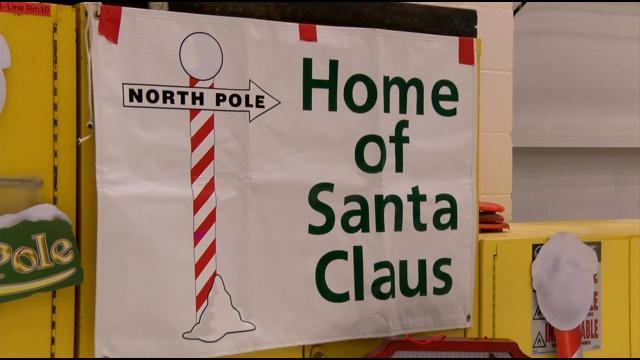 Saturday was a special day for little ones who are battling life-threatening illness. They got to visit the North Pole and meet ole' Saint Nick.

Saturday was filled with unforgettable firsts for Aiden.

\"I got to meet Santa Claus and Mrs. Claus,\" said Aiden.

A trip to the North Pole made possible by the 128th Air Refueling Wing and Silverliners International.

They took 21 families from Milwaukee Children's Hospital on a very special ride. The children and their families boarded military aircrafts and taxied for about forty minutes. The children were taken to a place decorated just like the North Pole.

Aiden's family is one of families who took the trip. His family has been through a lot over the last two years. His 3-year-old sister Olivia is a cancer survivor.

\"She became ill almost two years ago. She is in remission now. She had a really rare form of child cancer,\" said Megan Wagner, Olivia's mother.

She is also fighting to survive.

But Santa, his elves, and his pilots put the families worries aside.

\"Its been really tough. So, things like this, It's kind of like, lets just forget about everything going on and just smile,\" said Wagner.

Saturday there was a lot to smile about.

\"I'd never been on a plane either,\" said Wagner.

Wagner said this was a very special moment for her family, \"I think they will remember it forever.\"