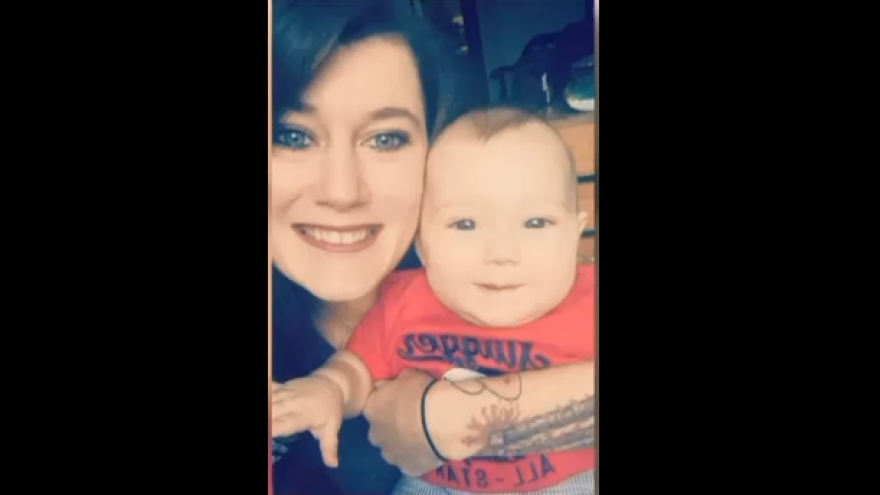 ST. LOUIS, Mo. (KMOV.com/CNN) -- A young mother experienced a holiday horror when she was carjacked while locking the door to her home near the corner of Spring and McDonald Avenues in St. Louis' Tower Grove South neighborhood.

Police said the 16-year-old suspect pulled off with the woman's 6-month-old son still in the back of the car.

"I didn't think I'd ever see him," said D'anna Williams.

She had run up her steps to lock her door, and when she did, the carjacker struck.

"I ran up to the door, opened the door, turned the knob and then heard a really loud car door close. I turned around and saw a guy in my car, I ran down the stairs and took off." she said. "This happened in 10 seconds."

The driver took off down Spring Avenue, and with him, her son. Police were on scene in minutes, and soon there was a ray of good news.

Laura Rosener told News 4 she and her husband were getting ready to leave around 11 a.m. Christmas Day when they heard a knock.

"I'd just finished feeding my newborn and there was a knock at the door, then footsteps running down the stairs, then, a car drove off really quickly," said Rosener. "We thought, 'that's a weird way for a UPS guy to drop off a package,' because that's all we thought it could be."

But it wasn't any ordinary delivery.

Police believe the baby was put on their porch by the 16-year-old car thief.

Rosener told News 4 they brought the boy inside out of the cold and dialed 911.

An officer saw the stolen car and pursued it into an alley in the 3600 block of Wyoming. The suspect abandoned the car and a foot pursuit ensued. The suspect was eventually arrested on Humphrey and Arkansas.

The vehicle was recovered and Williams was reunited with her son.

The 16-year-old suspect is facing preliminary charges of kidnapping, endangering the welfare of a child and motor vehicle theft.

The suspect is currently in juvenile custody.