Child Case of Elizabethkingia in Wisconsin 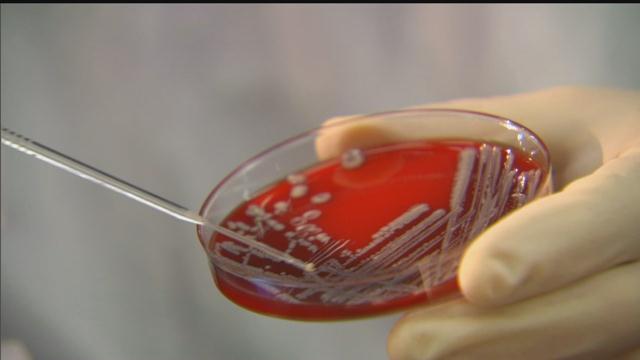 Children's Hospital confirms to CBS 58 that a child in the Neonatal ICU (NICU) is infected with Elizabethkingia. According to a statement from Children's Hospital, the infection is not serious and the family of the patient is aware.

A sample of the organism has been provided to the State Health Department and CDC, according to the hospital. The CDC confirmed, Thursday, testing of the infant's samples are underway.

Since Elizabethkingia does not easily transfer from person to person the hospital says their standard infection prevention protocols are effecting to stop the spread of the disease. According to the hospital, all known strains of Elizabethkingia can be treated with antibiotics.

It isn't suspected other patients have the infection. The CDC and State Department of Hygiene are currently monitoring the situation, but do not recommend culturing any additional patients or staff.

The Wisconsin Department of Health Services is not counting the infant's infection as a part of the outbreak.

Fifty-nine confirmed cases of the Elizabethkingia outbreak in the state affect patients 65 and older with a compromised immune system. All 59 cases have the same strain of Elizabethkingia.

Dr. Safdar says if the infant has the same strain of Elizabethkingia, it would be concerning to know the infection is spreading, but she said it could also help solve the source of the outbreak.

"If it is the same strain then we have to assume it is being spread in the same way, but then the possibilities get narrowed down quite dramatically... when we know more about the case and exactly what it's role is in the outbreak then we might be potentially able to narrow things down and this case might help to do that," said Dr. Safdar.