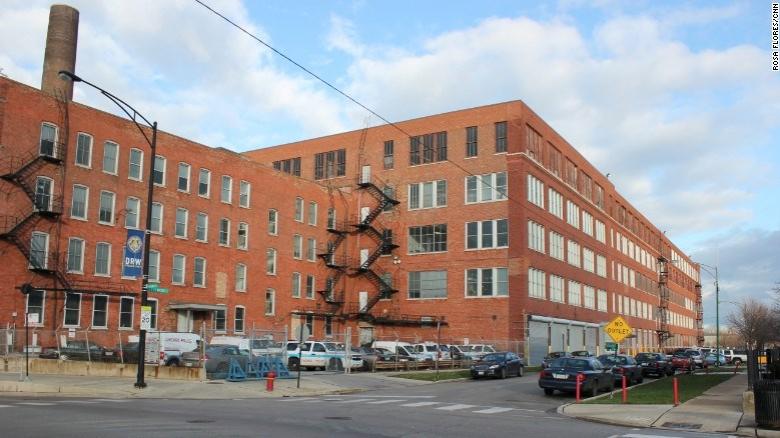 According to an investigation by The Guardian newspaper, the Chicago Police Department runs a secretive detention site at Homan Square, a sprawling compound that includes various police operations.

At Homan Square, the newspaper alleges, people have been abused, kept off the books and denied access to attorneys -- essentially held in the dark.

The hearing is expected to include testimony from experts, advocates and people who were detained at Homan Square.

Representatives of the Chicago Police Department were invited to testify, a statement by Boykin said, but it was not immediately clear whether they would attend.

When contacted by CNN for comment on Homan Square and the hearing, a police spokesman sent a statement that addresses a number of the allegations about Homan Square, stating -- in bold letters -- that the former Sears warehouse is not a secret facility.

It's home to the department's evidence and recovered property section, and parts of the facility are sensitive.

"Most individuals interviewed at Homan Square are lower-level arrests from the Narcotics unit. There are always records of anyone who is arrested by CPD, and this is no different at Homan Square," police said. "The allegation that physical violence is a part of interviews with suspects is unequivocally false, it is offensive, and it is not supported by any facts whatsoever."

Boykin acknowledged repeated police denials, while questioning whether firsthand police accounts of their own activities can be trusted.The U.S. Justice Department recently said it would investigate whether Chicago police have made a habit of violating the law or the U.S. Constitution.

The pattern-and-practice probe will focus on use of force, deadly force, accountability and how the Chicago Police Department tracks and handles those cases.

"The Justice Department's investigation must take into account those systemic issues in the Chicago Police Department that go back decades," Boykin said Monday. "Homan Square is one of those systemic issues. Investigative reporting by The Guardian newspaper indicates that within the past decade thousands of individuals have been detained there without access to counsel, and that detainees have suffered harsh treatment without due process of law."He cited the death of 17-year-old Laquan McDonald, who was shot and killed by Chicago officer Jason Van Dyke in 2014.

The city resisted releasing dashcam video showing the shooting until late last month, then did so the same day Van Dyke was charged with murder. The graphic footage and officials' treatment of the case sparked protests.

"I view this hearing as a critical step -- an important rung on the ladder to accountability," Boykin said.

He added: "It is my hope and my expectation that the testimony we take (Tuesday) afternoon will be of use to County government -- but also, just as importantly, to the Department of Justice, as they embark on their 'patterns and practices' investigation of the Chicago Police Department. Any federal investigation that excludes Homan Square will be woefully incomplete."