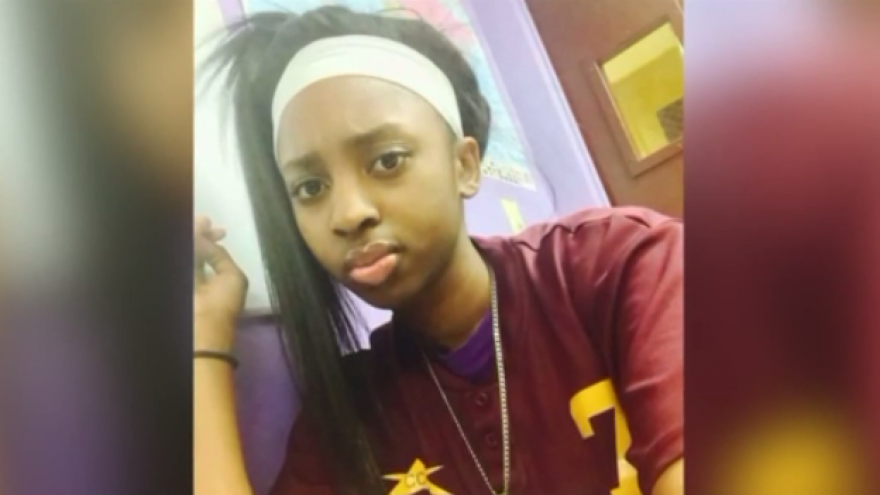 ROSEMONT, Ill. -- (WGN/CNN) Police are investigating after a Chicago teen was found dead in a walk-in freezer in the Crowne Plaza Hotel in Rosemont early Sunday morning.

According to family members and police, 19-year-old Kenneka Jenkins left her home on the Near West Side for a party on the ninth floor of the hotel around 11:30 p.m., and was later seen at the party in the early hours of Saturday morning.

Jenkins was out celebrating her new job at a nursing home.

Her mother, Tereasa Martin, said she received a call around 4:30 a.m. Saturday from friends who said they couldn't find Jenkins after the party. Martin said she immediately went to the hotel and asked them to check surveillance footage to see if they could locate her daughter.

After the hotel referred her to police, Martin said she called 911, and dispatchers told her to wait a few more hours because Jenkins could be out with friends.

"We were begging for help, and no one was helping," Jenkins said.

Martin and her older daughter, Leonore Harris, went door to door at the hotel looking for Kenneka. The hotel called police on them for disturbing the peace.

Rosemont police said after the report was filed, the hotel "actively canvassed and searched the immediate area."

Jenkins' body was discovered in a walk-in freezer in the hotel around 12:24 a.m. Sunday, according to police, and she was pronounced dead on the scene.

Martin said police told her Jenkins apparently let herself into the walk-in cooler and then died inside.

"She was so drunk--that was his exact words--she was so drunk she couldn't hold herself up. She was holding on to the wall," Martin said.

However, she said she wasn't satisfied with their version of events, because of safety features that make it possible to open coolers from the inside.

Martin said that if her daughter was drunk, she would have had difficulty opening the heavy freezer doors and would have realized she wasn't entering an elevator or the hotel entrance.

"I believe someone in this hotel killed my child," Martin said.

She says that at the very least, if staff had helped her sooner, perhaps Jenkins would still be alive. Her family doesn't know how they will live without her.

"My sister was my backbone. My kids' father passed three years ago. When I used to break down and cry and want to give up, she would tell me she's got my back," Harris said.

The Cook County Medical Examiner examined the body, but the cause of death has yet to be determined. An autopsy is scheduled.

We are saddened by this news, and our thoughts are with the young woman and her family during this difficult time. The hotel staff will continue to cooperate fully with local authorities. All further questions should be directed to the Rosemont Police Department.