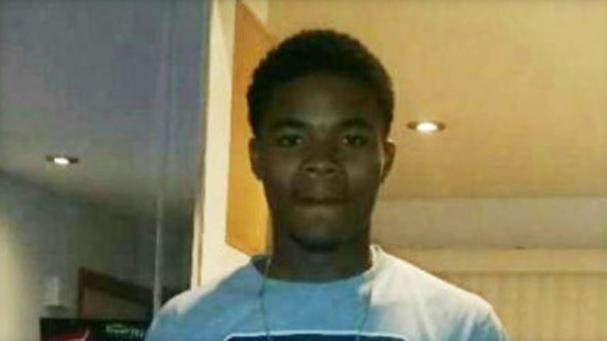 CHICAGO (CBSNEWS) -- A Chicago police sergeant who fatally shot a 19-year-old man in the back during a foot chase this week has been stripped of his police powers.

Chicago police said the sergeant was responding to a call of a battery on the city’s South Side on Wednesday before he shot and killed Kajuan Raye of Dolton.

The sergeant reported the man pointed a gun at him twice. But police didn’t find a weapon and Raye’s relatives say he wasn’t armed.

Johnson said in a statement that he has “concerns about this incident and feel this decision is in the best interest of the department and the people of Chicago.”

Raye’s cousin disputed police statements that the 19-year-old was armed.

Ahkeya White says she’s certain he didn’t have a gun. White says her cousin was trying to figure out what he wanted to do and that he’ll be greatly missed.

White said her cousin did not own a gun. He was on his way home when police approached him. He ran because, as a young black man, he was afraid of police, she said.

“We are depending on the justice system, the legal system, to do what they do. They can search all night. There is no gun involved,” White said. “The only gun that was fired was from the Chicago Police Department.”

Raye’s mother says she doesn’t know if her son was armed. But 38-year-old Karonisha Ramsey says if he did have a gun it “should have been right there” when he was fatally shot.

Witnesses told CBS Chicago that the police sergeant is white; Raye was black.