Chicago school might be built on a burial site 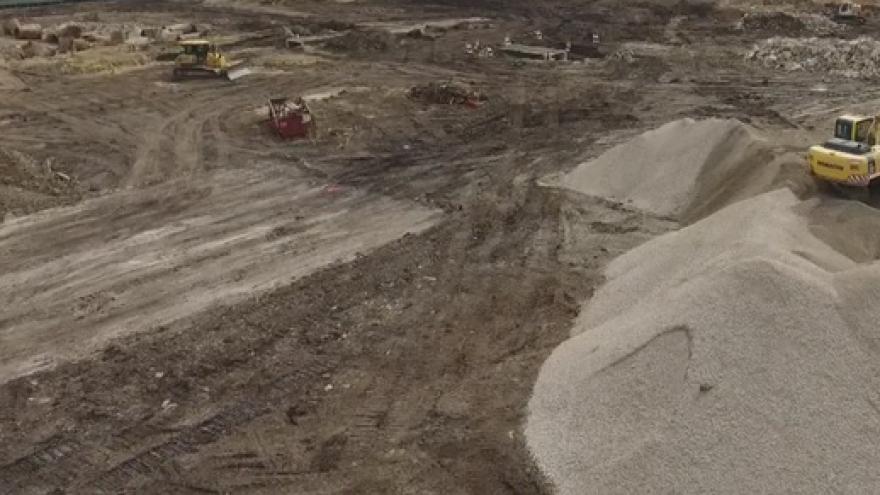 CHICAGO (CBS) — It looks like a normal construction site.

It’s where crews are building a Chicago high school.

Right over what’s believed to be a mass grave containing thousands of bodies.

The site is located on the North West Side on Oak Park Avenue and Irving Park Road.

Hundreds of homes are to the north and south.

The space will someday house hundreds of students.

The soil might already be home to tens of thousands of Windy City residents who are dead.

Archaeologists are on site several times a week to monitor for human remains or caskets.

A genealogist says victims from the Great Chicago Fire, patients from the Cook County insane asylum and poor orphans are buried all over this neighborhood.

“Don’t worry about the bodies that are around here, just enjoy school,” recommends Alderman Nick Sposato who says the focus should be on the living.

“There’s a lot of property and we got it free from the state,” he says.

He created a website logging thousands of Chicago burials.

In an email to CBS 2, Fleig says “The exact area where the school building appears to be planned was originally important farmland for the institution providing crops for the patients and inmates.”

Fleig adds “for that reason, it is less likely but not impossible to find bodies. However the athletic track is a different story, as it is planned for an area identified by administrative staff (back in the day) to have a history of reports of human remains from older employees.”

Since 2013 crews haven’t found any remains.

But Chicago’s Public Building Commission provided the Dunning contractors protocols if they do find any graves.