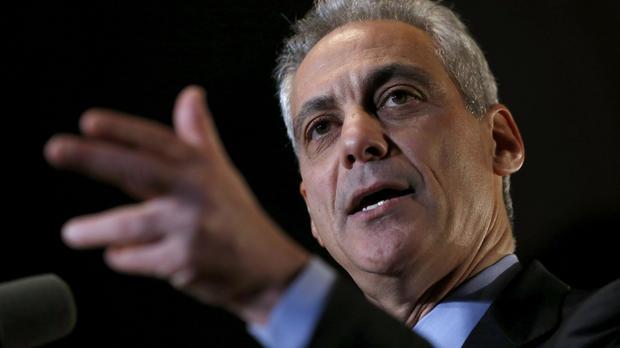 (CNN)Embroiled in a political firestorm over his city's handling of a shocking police shooting, Chicago Mayor Rahm Emanuel is seeking to mend fences.

Tuesday morning, Emanuel will announce the creation of a task force on police accountability, his office said. The task force will review how the city trains its police officers and the kind of oversight they face.

The move comes after outrage that Officer Jason Van Dyke shot Laquan McDonald 16 times -- mostly while the teen was on the ground.

Adding to the anger: Video of the shooting was kept from the public for 400 days.

Protesters have called on Emanuel to resign and his chief of police fired.

The new task force will include the input of victims' rights representatives, law enforcement organizations as well as youth and religious leaders, the mayor's office said.

The panel's recommendations will be presented to the mayor and city council by the end of March.Van Dyke, who is charged with first-degree murder, is now free on $1.5 million bond.

But a man who allegedly threatened to shoot up white men to avenge McDonald's death is behind bars. Jabari Dean, 21, was arrested and accused of threatening to kill students and staff at the University of Chicago.

According to a criminal complaint, Dean posted a threat on social media over the Thanksgiving weekend.

"This is my only warning. At 10 a.m. on Monday mourning (sic) I am going to the campus quad of the University of Chicago. I will be armed with a M-4 Carbine and 2 Desert Eagles all fully loaded. I will execute aproximately (sic) 16 white male students and or staff, which is the same number of time (sic) Mcdonald (sic) was killed.

"I then will die killing any number of white policemen that I can in the process. This is not a joke. I am to do my part to rid the world of the white devils. I expect you to do the same," the post read.