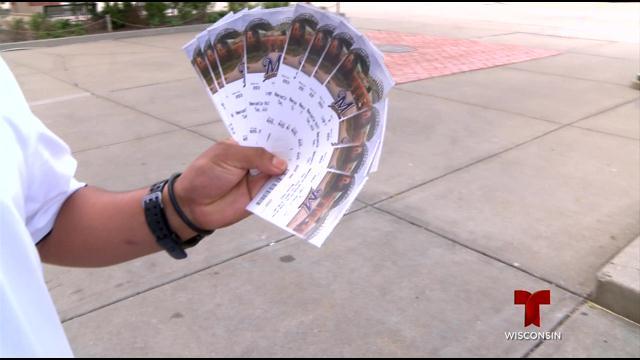 CHICAGO (CBS CHICAGO) — Chicago Police made a major bust of gang members accused of selling not drugs, but millions of dollars’ worth of phony tickets.

Police say after angry victims complained, those tickets led them to their suspects and a scam underway for more than a decade, reports CBS 2’s Roseanne Tellez.

The scam preys on concertgoers and sports fans, desperate to get tickets. The phony tickets, often sold online, looked just like the real thing, but instead of getting into events, buyers were funding Chicago street gangs.

“Some gangs do robberies, some try to sell narcotics, so this is just another method they were using to try to raise money,” said Anthony Riccio, chief of CPS’s organized crime unit.

Police rounded up eight suspects Tuesday morning and the other eight are still on the street. They’re known gang members accused of selling phony tickets to games and concerts at Soldier

“On average, these suspects would earn on average up to $60,000 per event from the sale of these illegal tickets,” said Acting Chicago Police Superintendent John Escalante.

“They use them to purchase weapons, they use them for bond when gang members are arrested, to pay attorney

fees,” Riccio said. “Money is the life of the street gangs.”

Victims often bought their tickets on Craigslist only to be disappointed when they were turned away at the venues for having counterfeit tickets.

The lesson for Chicagoans: be careful where you buy your tickets to events.