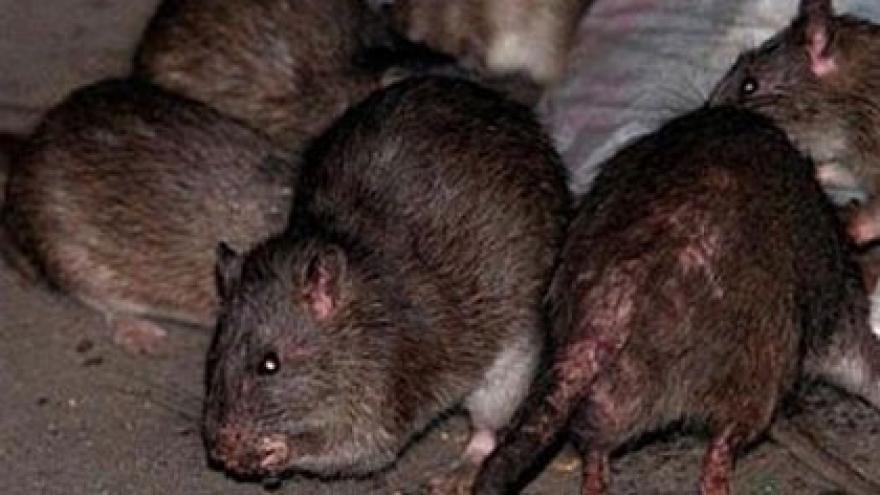 CHICAGO -- A school in Chicago has been forced to stop serving hot lunches due to a rodent problem, CBS Chicago reports.

Efforts to clean up Mollison Elementary School have failed.

In a letter sent to parents Monday night, Chicago Public Schools (CPS) promised the pest control vendor will be on site daily. But parents are saying their children were put to work after the city's commitment to get rid of the rodents apparently fell short.

Danielle Lester and Yolanda Redman, who serve as local school council leaders, toured the building on Monday after administrators said it was "deep cleaned" over Thanksgiving break. Redman said she saw mice droppings inside several closets and classrooms.

The city inspector issued Mollison a failing grade, which prohibits the school from serving hot lunches until further notice.

"This might be the only hot meal that they get. So, I think that's really bad," Redman said.

The rodent issue most recently came to light after the Chicago Teachers Union posted a photo of a critter from a Mollison staff member to a blog. While that staff member asked to remain anonymous, a former Mollison teacher said she has seen "a rodent or two" on the school's grounds.

Brandy Franklin added that the sightings, and stories, were plentiful. Furthermore, she supports Gena Miller's change petition asking for answers about the insufficient cleanup.

"As a taxpayer, I want to know why didn't it happen," Miller said.

Ald. Pat Dowell, who represents the Bronzeville area, told CBS Chicago she believes CPS dropped the ball. As of right now, students will not be relocated because of this issue.

Late Tuesday evening, CPS said "students are not permitted to assist with facility maintenance, and we have let the school know that this is unacceptable and cannot happen again."

The next health inspection is scheduled for Thursday.