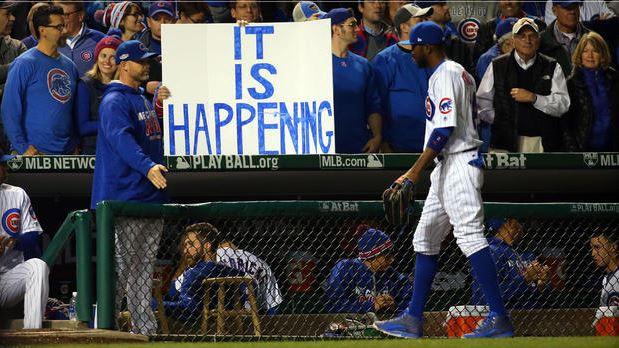 (CBSNews) No boneheads here! The Chicago Cubs clinched the National League pennant Saturday in a 5-0 victory over the Los Angeles Dodges, their first trip to the World Series since 1945.

The team has the chance to beat the longest World Series drought in history: The last Cubs’ World Series victory was in 1908, when a baserunning error by New York Giant Fred Merkle gave the Cubs their victory.

The Cubs will be facing American League champions the Cleveland Indians, who have the second-longest World Series drought, with nary a win since 1948.