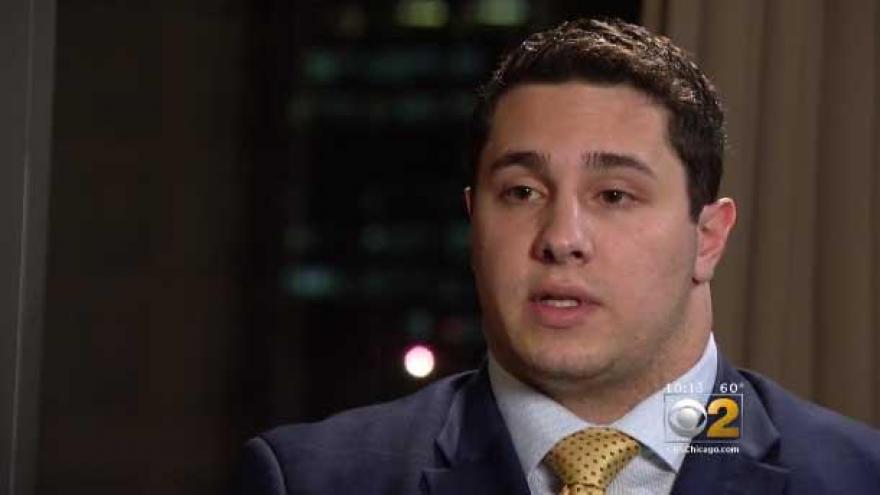 “I had been bleeding for hours,” Kollias says. “I didn’t think it was going to make it through the end of the night.”

A young woman used Facebook to lure them to an off-campus residence.

Kollias and his teammate were repeatedly beaten and tortured for 40-hours.

“I was shot twice in both legs and I was hit over the head with fluorescent light bulbs and bats and bars,” he says. “It’s really just something you would see in a really graphic scary movie.”

Authorities say Kollias and his teammate were abducted in retaliation for a drug-related robbery they had nothing to do with.

Sandra Torres is a general assignment reporter for CBS 2. Torres cames to Chicago from Milwaukee, where she was the lead reporter for CBS 58 (WDJT-TV). She also worked for sister station WYTU as a producer and co-anchor for Telemundo Wisconsin.