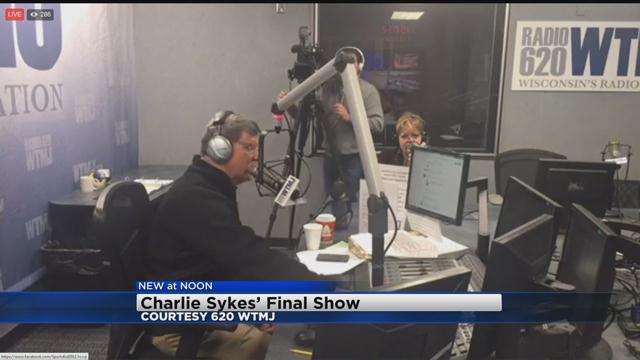 One of Milwaukee's most prominent political voices has signed off the air for the last time.

"We accomplished some things that we never thought that we would accomplish.  We have been through experiences that we could never have imagined.  And it really has been an honor that I've been able to share that with you for nearly a quarter of a century,” said Charlie Sykes.

Sykes has long been a conservative or as he put it a "recovering liberal.”

But this year, he took some flak from other conservatives for refusing to support Donald Trump's candidacy for president.

Sykes is ending his radio show so that he can travel and write.