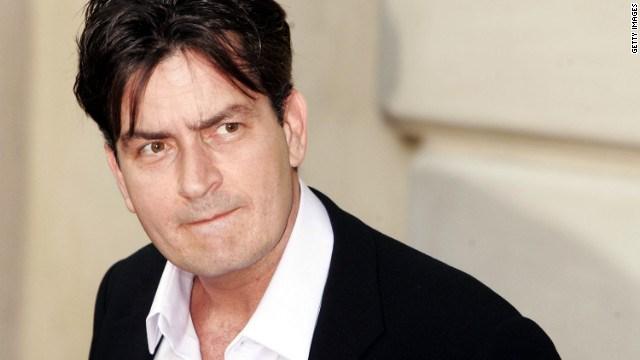 (CBS NEWS) Charlie Sheen announced Tuesday that he has the HIV virus.

The 50-year actor told NBC "Today" show host Matt Lauer that he was diagnosed about four years ago but he's not sure how he contracted the virus that causes AIDS.

"It started with what I thought was a series of crushing headaches," he explained. "I thought I had a brain tumor. I thought it was over," he said, adding, "It's a hard three letters to absorb. It's a turning point in one's life."

Sheen said he made the announcement to cease extortion efforts. He revealed that he had paid millions to buy people's silence on the private matter.

"I have to put a stop to this onslaught, this barrage of attacks and of sub-truths and very harmful and mercurial stories that are about me, that threaten the health of so many others that couldn't be further from the truth," he told Lauer.

When asked what untrue report he had heard that hurt him the most, Sheen said that he knew he had the virus and "was intentionally spreading it," which not the case, he noted.

Sheen said he has told all of his sexual partners about his diagnosis.

At one point Lauer read Sheen supportive messages from fans weighing in on social media. Sheen's response? "I'm going to ride this wave of support."

Going forward Sheen said he would do what he can to raise awareness and help others.

"I have a responsibility now to better myself and to help a lot of other people and hopefully with what we're doing today others will come forward and say, thanks Charlie," he said.

During his visit Sheen said he's not longer doing drugs, but still drinks "a little bit."

The National Enquirer said it had done "an exhaustive 18-month investigation" into the life of Sheen, revealing the news this week.

Sheen has had a history of substance abuse and famously made headlines in 2011 amid what appeared to be a public meltdown, during which he popularized his catchphrase "Winning!" Around that time, he parted ways with his long-running role on CBS' "Two and a Half Men."

"She's a terrific gal -- but we've mutually decided to go our separate ways and not spend the rest of our lives together," he said in a statement.

The New York City-born actor has largely kept a lower-profile this year. The actor, who starred on TV in "Anger Management" and "Two and a Half Men," made an appearance earlier this year on "The Goldbergs," reprising his role from "Ferris Bueller's Day Off." In 2010, he was named the highest-paid actor on television.

Sheen's film roles include "Platoon," "Wall Street," "Eight Men Out," "Major League" "Being John Malkovich," among many others. More recently he appeared in "Scary Movie 5," "Wall Street: Money Never Sleeps" and "Due Date."

Looking ahead, Sheen says he plans to keep working and has some movie and TV roles coming up.