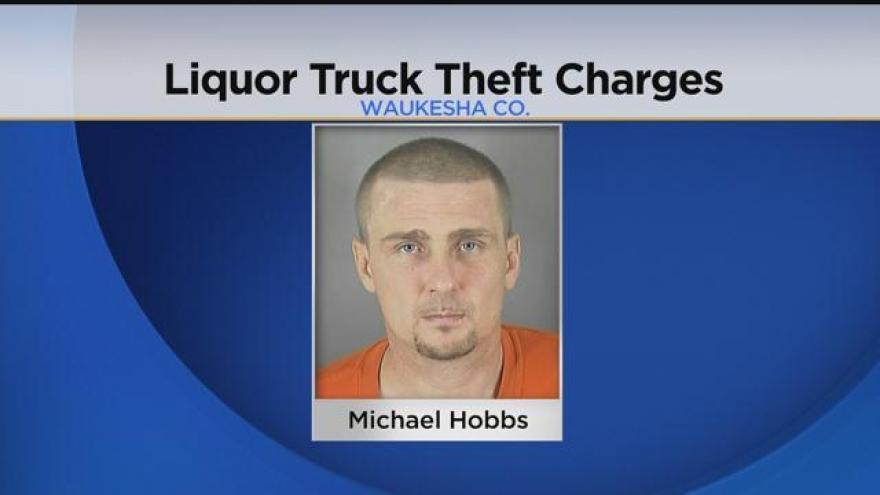 Charges have been filed, but still no arrest after a truck filled with booze was stolen during a delivery in Waukesha last week.

According to a criminal complaint, Michael Hobbs was working as a temporary employee helping with deliveries.

The truck was at a Waukesha Pick 'n Save store on Friday morning when Hobbs told the driver he needed the keys.

When the driver returned, Hobbs and the truck were gone.

It was later found empty in Milwaukee.

Police are still searching for Hobbs and the missing liquor estimated to be worth nearly $11,000.