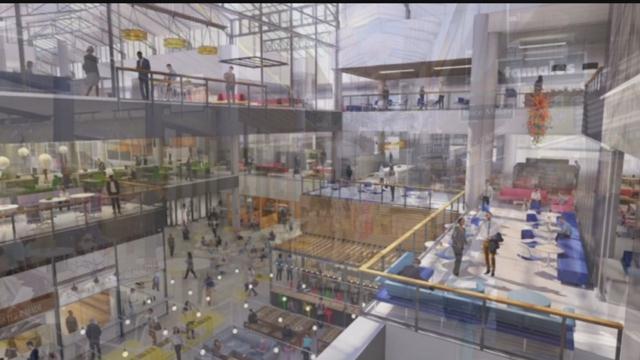 2017 could bring some changes to a long-struggling downtown shopping mall.

The new owners of the Shops at Grand Avenue recently bought a neighboring building.

They now plan to move forward with renovations.

The plan all revolves around this building.

The Grand Avenue Mall owners now control the entire thing and that will allow them to start making changes in 2017.

The Grand Avenue Mall has changed hands several times most recently in 2015.

Milwaukee Mayor Tom Barrett says this is the fourth ownership group during his time in office.

“The three prior ownership teams I think were more interested in making a quick buck,” said Barrett.

Barrett said the current owners are different and more interested in a long term plan.

The plan they showed off back in April.

“It's going to combine office with the retail with an urban market place with one of Milwaukee's best urban grocery stores,” said Socha/ project architect TKWA urban layout.

You are looking at some of the drawings showing what the mall could look like after the renovation.

Food and shops will move down to the ground floor and the second and third floors will transform into office space.

Barrett said this could set off even more activity in this area in the next year.