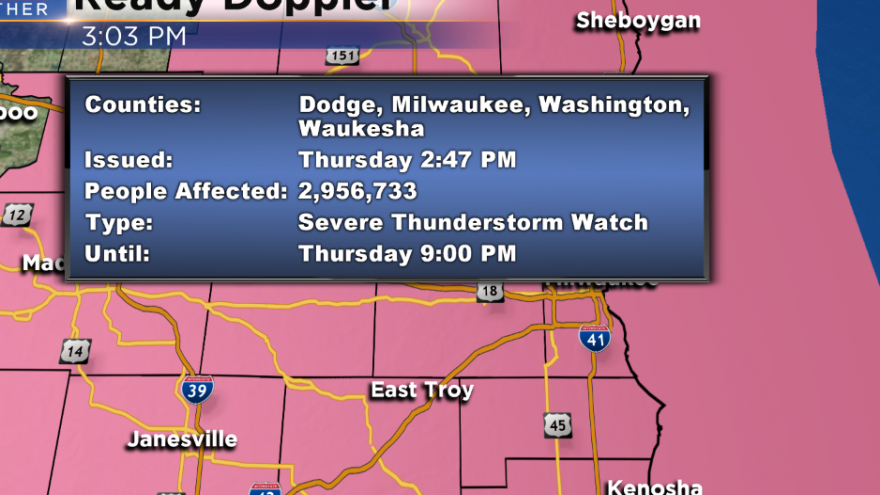 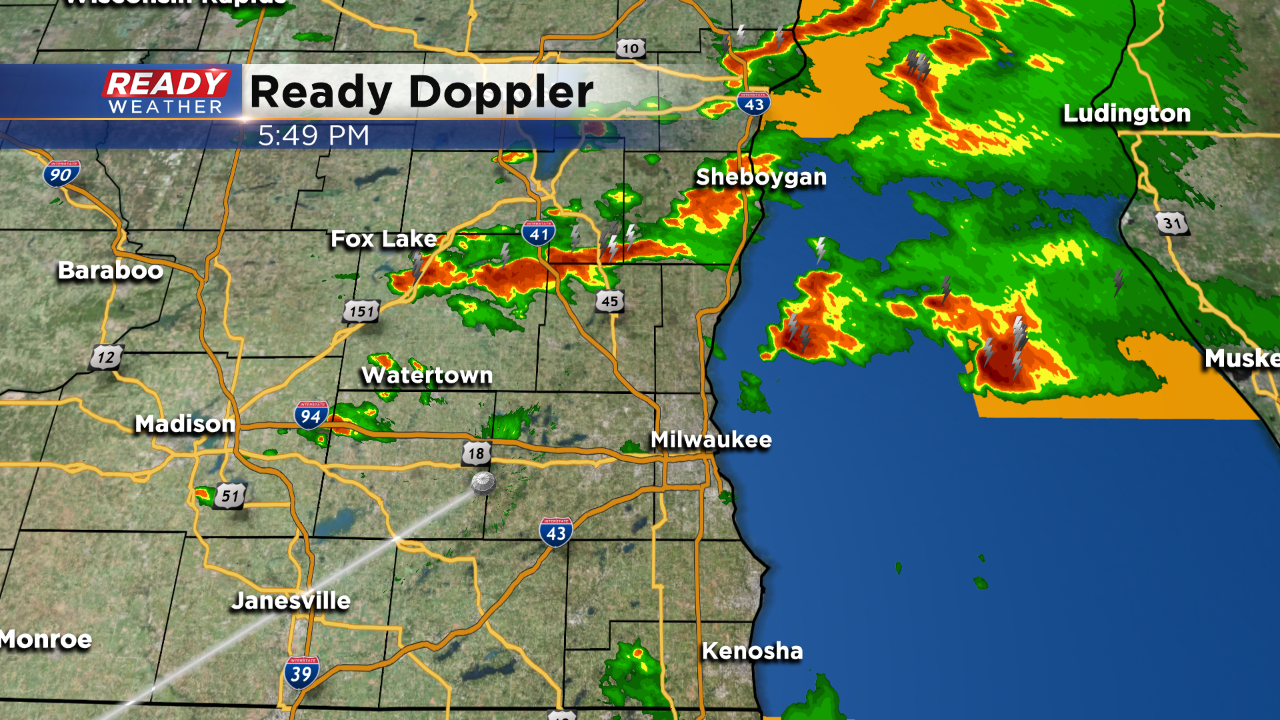 6 PM Update:  Strong to severe storms remain possible through 8 pm tonight ahead of the cold front.  Afternoon storms produced damaging winds and hail up to golf balls.  Ahead of the front the atmosphere remains unstable, so isolated severe weather can't be ruled out.  We do think the storms should clear after 8 pm.  The severe thunderstorm watch remains in effect until 9 pm.

3 PM Update:  The SPC has issued a severe thunderstorm watch for all of our area until 9 pm.  The atmosphere has become unstable this afternoon with scattered showers and storms developing across the area.  Storms that pulse up will have a chance to produce hail and gusty winds.  We expect the storm activity to really weaken after sundown.

NOON UPDATE: The severe risk for Thursday afternoon has been upgraded to "slight". After a morning round of showers and some heavy rain the sky has cleared allowing sunshine to return. That sunshine is giving the atmosphere more instability and the chance for strong to severe storms. The severe threat still looks pretty low and isolated, but any storms that do form could have small hail and gusty wind.

Timing for Thursday's storms looks like 3 PM to 7 PM, so this is mostly an earlier event rather than an evening deal. 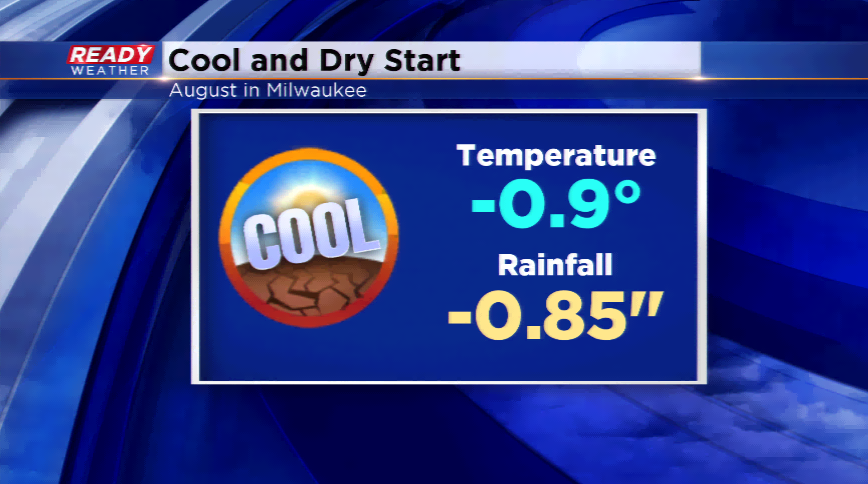 It has been a cool and dry start to August with below average temperatures and rainfall totals.  This run will continue! High pressure moves out to the east and that will allow the next storm to move in today. Low pressure and a cold front will spark showers and thunderstorms, especially this afternoon and evening. There will be some instability and shear, so a strong storm or two is possible. Widespread severe weather is not expected. The forecast will be a little tricky with spots getting sunshine and others lack thereof. Highs will press into the low to mid 80s.

Expect a cooler and drier day behind the cold front the next few days. Friday will still feature wrap-around moisture which could lead to isolated showers. The daytime temperatures will be the story with highs in the 70s for tomorrow and this weekend.

The dry spell will continue for a good chunk of next week. The region is already 1”-2” below the average the last three weeks. This trend will last until late next week. 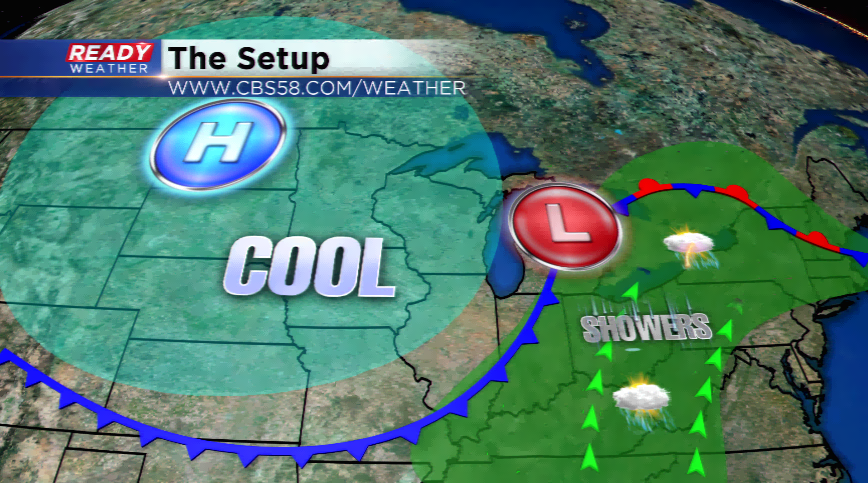