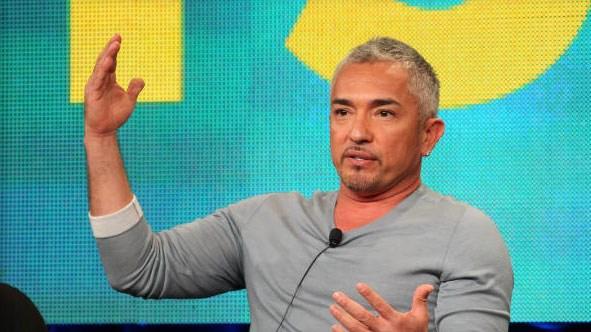 Officials went to the celebrity dog behaviorist's pet sanctuary and training facility in the 20300 block of Blue Cloud Road to investigate on Thursday evening, but were unable to find Millan. They may return to the sanctuary on Friday.

The complaint stems from a "Cesar 911" episode from Feb. 26, during which an aggressive dog bit the ear of a pot-bellied pig.

The show's channel, National Geographic Wild, defended Millan, saying, "Millan was working with Simon, a French bulldog/terrier mix, who frequently attacked other animals, including his owner's pet pot-bellied pigs. A short clip from the episode was shared online and showed Simon chasing a pig and nipping its ear, causing the ear to bleed. The clip caused some concern for viewers who did not see or understand the full context of the encounter. The pig that was nipped by Simon was tended to immediately afterward, healed quickly and showed no lasting signs of distress."

The statement pointed out that as a result of Millan's training, the dog was able to correct its behavior. "Simon did not have to be separated from his owner or euthanized," the statement said of the dog. The National Geographic Wild representative also emphasized that the situation was carefully monitored and added, "Cesar Millan is and will continue to fully cooperate with authorities in ‎any investigation. He is confident that the investigation will show there was no wrong doing."