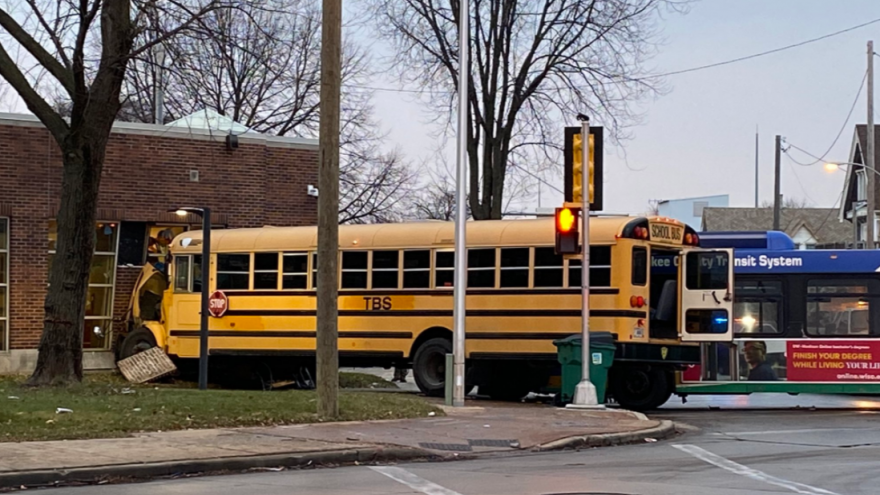 MILWAUKEE (CBS 58) -- The Milwaukee Public Library announced that Center Street Library has re-opened after being closed for nearly a week following a bus crash on Dec. 10.

The driver of the school bus was the sole occupant and sustained non-fatal injuries and was cited.

Authorities say the driver of the MCTS bus and 5 passengers sustained non-fatal injuries.

All individuals in the crash were reportedly transported to a local hospital for treatment.

Center Street Library officially re-opened Tuesday, Dec. 14, with the children’s area, the site of crash impact, has been moved to a different area of the library while the repairs are being made.

Reports show there was no structural damage to the library which has allowed repairs to begin on the exterior masonry.

Officials hope the whole repair project will take a couple of months to complete.