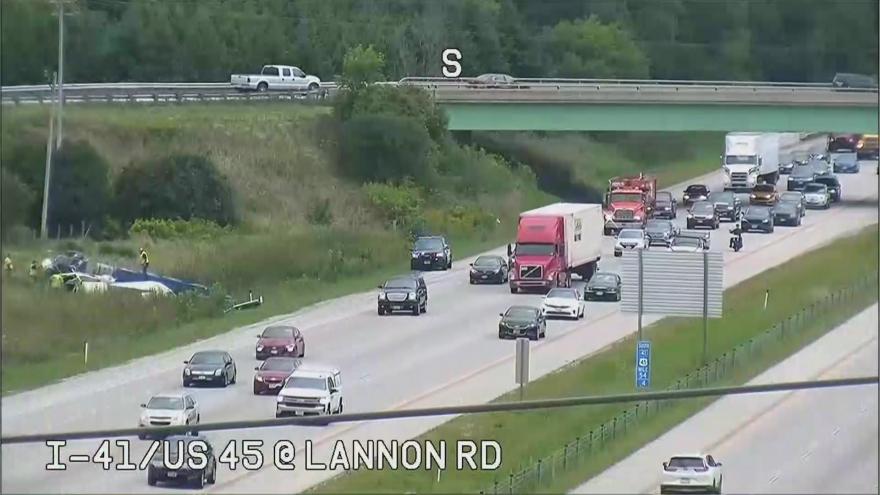 GERMANTOWN, Wis. (CBS 58) -- A 45-year-old Germantown man was uninjured after losing control and crashing the cement truck he was driving on Wednesday.

Multiple reports of a rollover crash involving a cement truck were reported around 2:13 p.m. on I-41 NB just south of Lannon Road.

According to the Germantown Police Department, the investigation revealed that an unloaded cement mixing truck was northbound on I-41 when the driver lost control of the truck and went off-road into the east ditch of I-41.

The cement truck then rolled on its side in the ditch.

One lane of I-41 was shut down for approximately one hour.

The Wisconsin State Patrol will be doing an inspection on the cement truck, attempting to determine the cause of the crash.