Celebrating the smart way: watch what you drink 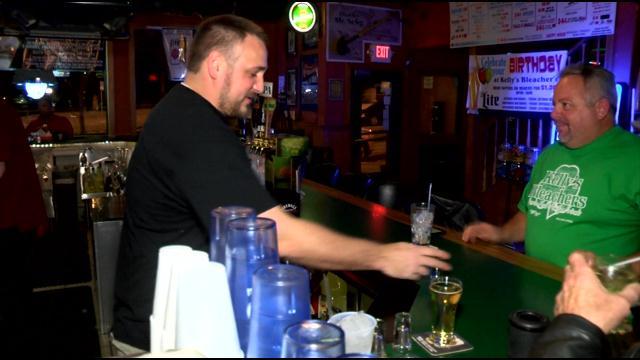 With two Wisconsin teams in the spotlight Monday, people here in our area have a lot to celebrate and there will definitely be a lot of that at Miller Park.

But with double the celebration also comes double the potential for trouble.

\"It's one of those days where the drinking is probably going to start quite early,\" said Greenfield police officer Tyler Jaeger.

Jaeger says the Brewers tailgate will start hours before the game and because of that drivers will need to be on their toes at all times Monday.

\"Probably going to work, coming home from work, going out for the night, you never know who is going to be on the roads at that time, \" said Jaeger.

And all places because people will be hitting the bars earlier too.

\"Obviously,your busier thoroughfares are going to be most likely candidates to cause a crash but its not to say that couldn't happen on side streets, the streets you live on,\" said Jaeger.

He said, with hours of drinking, better judgement goes out the window.

\"As far as alcohol goes, it's obviously going to impair your judgement. I'm sure people think that they're ok to drive or think I didn't have that much, I could probably drive from here to my home because it's only two miles,\" said Jaeger.

But even if you don't plan on drinking, just one more drink  could be the difference between you getting home safely or arriving at a hospital in an ambulance.

\"Monitor their airway, make sure they're breathing, start an IV, give them some fluids, they're probably dehydrated- basically monitor them until we get them to the E.D,\" said Greenfield paramedic Jacob Lipski.

Greenfield paramedic Jacob Lipski says, having more than two drinks an hour could lead to hospital care or worse.

\"You can have heated debates, fights can start and you can get injuries from that. And some pretty substantial injuries can come from physical altercations,\" said Lipski.

So they agree, play it safe tomorrow, and plan your ride in advance.