Cedarburg postal worker recognized for helping to save man's life 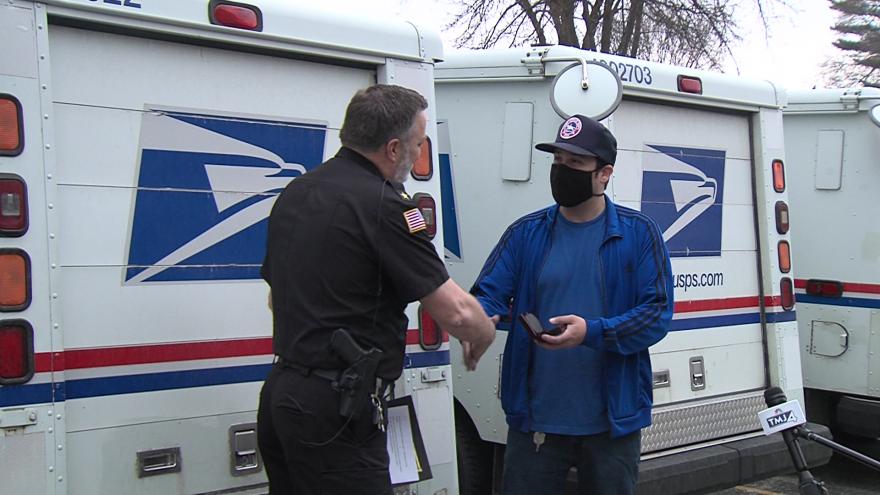 MILWAUKEE (CBS 58) -- A mail carrier helped save the life of a senior citizen, and it all started with a simple observation.

Back in March, postal worker Anthony Salva was on his route in the town of Cedarburg when he noticed one resident had not picked up his mail for several days.

It was unusual, as he would always pick up the mail right after it was delivered.

Sensing something was wrong, he contacted the Ozaukee County Sheriff's Office for a welfare check.

A deputy responded and with the help of the man's caregiver, they entered the home and found the man lying on the floor in dire need of medical attention.

"I don't think he would have lasted another day there," said Deputy Brian Ronan. "So it was incredibly crucial that the postal carrier did his job, notified us and we did a welfare check on him. I do not think he would have been alive today if it weren't for his help."

At the Cedarburg Post Office Thursday, April 8, Salva was recognized and honored for his actions.

But Salva said he did what he did simply because that's who he is as a person.

"You always care about the people you service everyday, you know. That's just who I am, you know, that's why I do my job," Salva said. "It's part of the reason why I love my job. And I'm just elated that Bud is now healthy and recovering."

The sheriff's office used this as a reminder to be neighborly, especially during the pandemic.

Don't hesitate to check on your neighbors, especially older adults and/or those who are homebound.