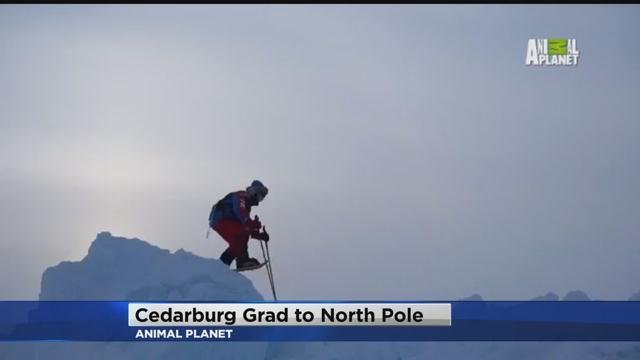 The show used footage that Larsen and his traveling companion shot.

He's an explorer and environmental educator trying to document the change he said is taking place on our planet..

“Completing this expedition was a really difficult challenge. And you know, I'm an average kid from Wisconsin, I was not like an Olympic athlete you know or anything else, and so I think there's a huge role for us to be inspired and to be reminded that we all have the ability to do incredible things,” Larsen said.

He had a close encounter with a polar bear, but escaped unharmed.

He also said he had to eat 10,000 calories a day a lot of that from cheese to keep up his strength.

For more on his journey just check out his social media stories using the hashtag #cold quotes.