CDC: No human bird flu cases, but keep an eye out 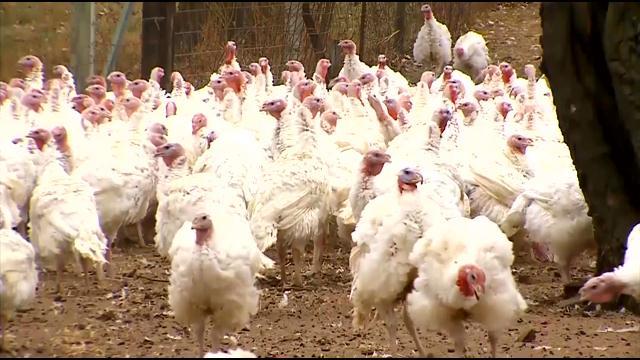 While deadly strains of the bird flu have not infected humans on U.S. soil, there is concern from the Centers for Disease Control and Prevention about keeping a watch out.

Since December, the United States has wrestled with the worst outbreak of bird flu since 1980 in commercial poultry and wild flocks. The strains include H5 flu strains that have led to deaths and mass culling of more than 40 million birds, including several flocks here in Wisconsin.

The current outbreak has infected birds across 16 states, hitting the poultry and egg industries.

While the CDC considers the risk to people getting these infections to be low, the agency is warning health workers to be prepared in case it ever transmits to humans.

Other bird flu strains have been known to jump from poultry to humans -- including H7N9 in China and another form of H5N1 in Asia and Africa. Such human infections occurred after direct physical contact with infected birds or visits to poultry markets.

What the CDC is advising

In an advisory issued Tuesday, the CDC raised the \"potential for human infection,\" maintaining that the risk to the general public remains low, but people who work with birds or have close contact with their contaminated environments may have greater risk of infection.

The CDC recommended that poultry workers wear protective equipment when dealing with sick or dead birds.

It issued the following recommendations for testing patients and taking steps for infection control:

-- Health care workers should consider the possibility of bird flu infection in people who are showing signs of respiratory illness and have had exposure to birds or contaminated environments.

-- People should avoid unprotected exposure to sick or dead birds or materials suspected to be contaminated.

-- People exposed to infected birds should be monitored for symptoms for 10 days.

The ongoing bird flu outbreak has wreaked havoc on the nation's poultry industry. Food companies are now paying a lot more for eggs with an estimated 10% of the supply impacted by bird flu concerns.

The loss of birds has equated to a loss of about $310 million in Minnesota, according to an analysis by the University of Minnesota.