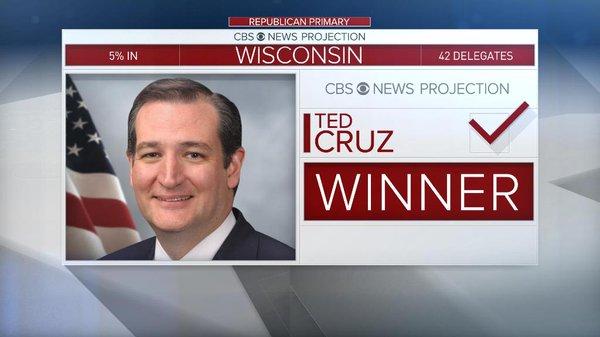 According to the CBS News Wisconsin Republican primary exit poll:

Cruz is running well across many groups of Wisconsin primary voters. He is beating Trump among men and women by about 10 percent, and he is ahead of Trump in all age groups.

Trump did less well in Wisconsin among groups of voters who have been his core supporters in previous primaries.

Cruz does better among more affluent voters but still runs almost even with Trump among those with incomes under $50,000.

As many as 34 percent of Republican primary voters say that bringing needed change is the candidate quality that most mattered in their vote decision; Cruz and Trump run neck and neck among these voters. This is better than Cruz has done in previous primaries. Cruz ran well ahead of Trump among voters who said that they want a candidate who shares their values and among those who wanted a candidate who can win in November.

Sixty-five percent of Republican primary voters said they were very worried about the direction of the nation's economy, and Cruz beat Trump among these voters.

Seventy percent support a temporary ban on Muslims who are not U.S. citizens entering the country, and Cruz and Trump are very close among this group.