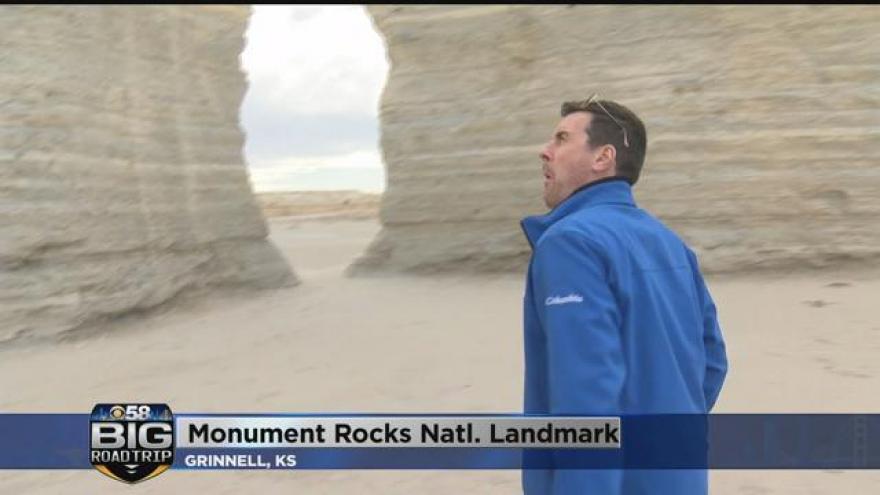 The CBS 58 Big Road Trip has officially changed time zones. We are currently in Denver and the mountains are magnificent! But before we reached the mountain views we traveled through a very flat western Kansas.

After 30 minutes of off-roading, in the middle of the vast prairie of Kansas stood 80 feet tall Monoliths known as Monument Rocks. This actually wasn't Justin's first time at Monument Rocks. He came here twice in college while on storm chasing trips chasing tornadoes all over the plains and loved coming to Monument Rocks because it is something so unexpected. The towers are actually made of chalk and are estimated to be 80 million years old. It was the first landmark chose by the Department of Interior as a national landmark.

From monument rocks the group traveled westward to Goodland, Kansas.

The painting is part of a private collection, last shown in public in Cleveland in 1948.

And from Kansas the road trip rolled on into Colorado and Denver.