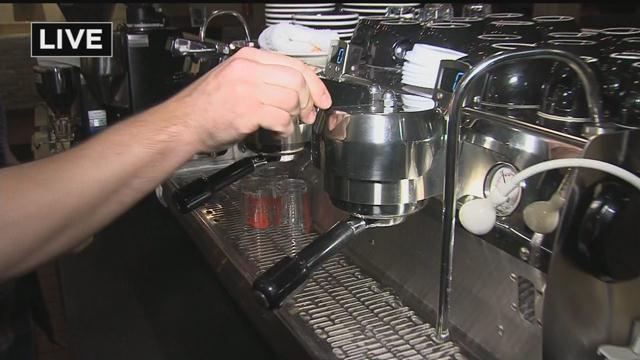 It's National Coffee Day. CBS 58's Michael Schlesinger spent the morning at Anodyne Coffee Roasting Company in Walker's Point to see the masses get their daily caffeine fix. It's estimated Americans spend $20 on coffee a week.

Krispy Kreme, Dunkin Donuts and Panera Bread were among those offering coffee specials in recognition of this day for our favorite brew.

Schlesinger even trying his hand at barista.

Be sure to check in on Michael's daily adventures week day mornings on the CBS 58 morning news from 4:30 to 7 AM.