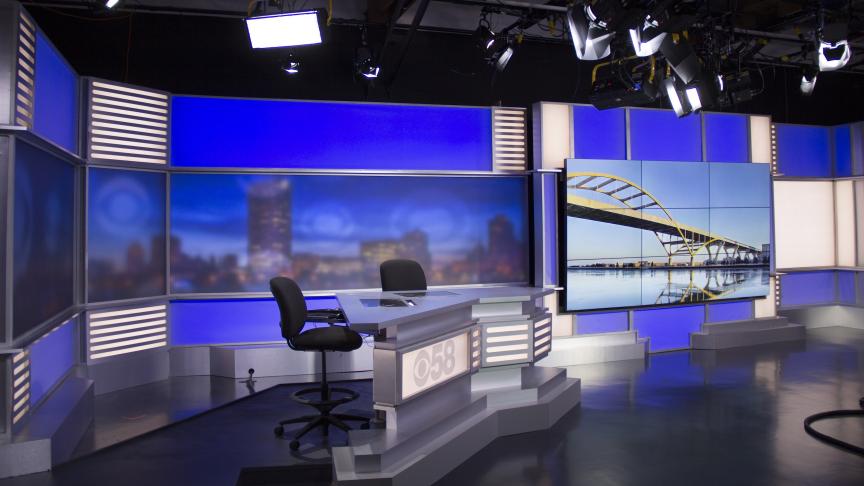 Things are changing at CBS 58! Monday, October 12 marked a notable change for CBS 58 News as it unveiled its new state of the art news studio on the CBS 58 News at 10. Anchors Bill Walsh and Michele McCormack presented news of the day amid dynamic visual changes and looks created by the latest in LED and RGB color technology. The set features many stand up and video presentation options including a high-tech weather center, interview area and a multi-screen video wall, controlled by the latest in digital equipment.

“Our new set and the technology are unlike anything seen in and around the Milwaukee market,” commented Mark Strachota, Vice President and General Manager of CBS 58. “We are thrilled to be the first to present this new and visually interesting approach to local news.”

CBS 58 News Director, Tracy Davis added, “The entire news team is excited. The versatility of the set gives us flexibility and focus in delivering news to our viewers each and every night.”

CBS 58 worked with Park Place Studio, the nation’s leading set design company based in Pittsburgh, PA to design and create this total visual experience. Park Place Studios worked with CBS 58’s news, technical and management teams to integrate today’s technology into the work and presentation environment while maintaining a focus on the delivery of news and information to the CBS 58 viewer. The set design incorporates a seamless integration between the set and the newsroom, which also underwent an extensive transformation and remodel.