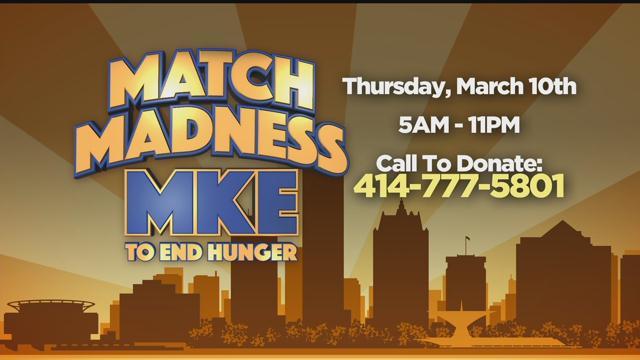 We're raising money to help feed those most in need in Southeast Wisconsin from 5 AM until 11 PM on Thursday.

We will take your calls for donations.