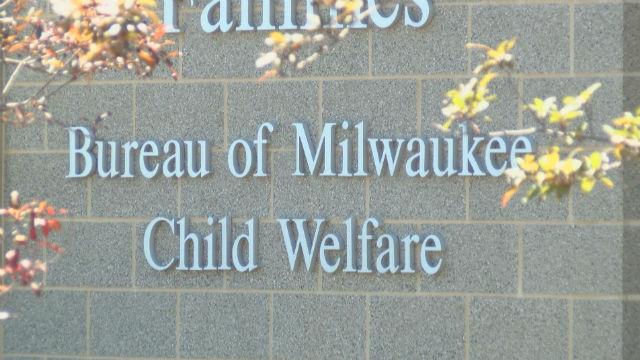 Stressful and unhealthy. That's how social workers describe their time at the Bureau of Milwaukee Child Welfare.

The former employees are speaking out after the Bureau came under fire for thousands of incomplete investigations into child abuse and neglect.

\"The fact that there was a backlog didn't surprise me because that's something the Bureau has dealt with for years,\" said Erik Maccoux, who worked as an Initial Assessment Specialist at the agency from October 2007 to February 2014.

Initial Assessment Specialists investigate reports of child abuse and neglect and determine if children are safe.

\"We see the worst of the worst. We see children with severe injuries... with burns, with cuts, with broken bones. Children sexually abused by family members or strangers. It's hard to deal with on a daily basis,\" said Maccoux.

But seeing the worst of the worst isn't what drove Maccoux away from the Bureau.

\"The work was very rewarding and we knew that we were making a difference... but the working environment was not good,\" Maccoux added.

Maccoux says the work environment wasn't good because he was overwhelmed with the amount of cases he was handling. At one point, he had 70 to 80 cases.

\"Sometimes you're getting 3 or 4 cases a day.... some of them could be emergencies that require immediate response and then those other cases they pile up,\" Maccoux said.

Another woman we talked to, asked us to hide her identity, quit the Bureau because of a similar experience. At one point, she says she had 90 cases.

\"They wanted us to have all of our cases written and closed and fully assessed within 60 days which is state law,\" she said.

However, this former employee insists closing the cases was a difficult task.

\"The number that was coming in wasn't possible to get done what you needed to get done,\" she said.

Due to the high number of vacancies and the volume of cases going into the Bureau, workers got behind. The Bureau acknowledges that's the reason why there was a backlog in the first place.

When the news broke out about the backlog, State Representative LaTonya Johnson (D-Milwaukee) was told the Initial Assessment Specialists were only behind in the documentation process.

\"We have proof that it was more than documentation. We have a child who died and his case was in the backlog....this child's case was not resolved until he died,\" said Rep. Johnson, who is on a council created in 1995 to hold the Bureau accountable.

The case in point was of 6-year-old Raul Espinoza. A boy with autism who was killed while crossing the street on the South Side of Milwaukee in May 2014. Reports indicate the boy walked out of his home on his own. When the mother realized the boy was gone, it was too late. The boy had been struck and killed by a school bus.

As it turned out, the Bureau already had contact with the child because of complaints of abuse and neglect. (See document here)

\"The first time this child was seen by an initial assessment worker was in December of 2013. This child died May 2014. So we are not talking about a 60 day lap... we are talking about a significant amount of time that this child's case remained unresolved,\" said Rep. Johnson.

Seven days after the child died, the Bureau hired four consultants based out of Charlotte, North Carolina to help reduce the backlog. The consultants cost approximately $550,000, according to Rep. Johnson.

As of November 2014, the Bureau reports the consultants have made significant progress.

\"We've reduced the backlog by over 1,700 cases. We now stand at about 1,100,\" said Joe Scialfa, spokesperson for the Department of Children and Families, which oversees the Bureau.

\"Right now, we are at the highest staffing level that we've been in five years,\" Scialfa added.

\"At the current time, all of the allotted Initial Assessment Specialist positions are filled and BMCW is about to hire an additional 10 people to begin training,\" said Scialfa.

Rep. Johnson says she is glad to see the Bureau make some progress, but insists that the hiring of consultants was costly and only a quick fix.

\"There is no long term solution for how we are going to deal with this backlog and also the additional calls coming in,\" Rep. Johnson said. \"What we don't want to see is every two years or every four years that we are back at this place and these children are left out there with no help.\"