CBS 58 speaks with victim of auto theft ring in Milwaukee 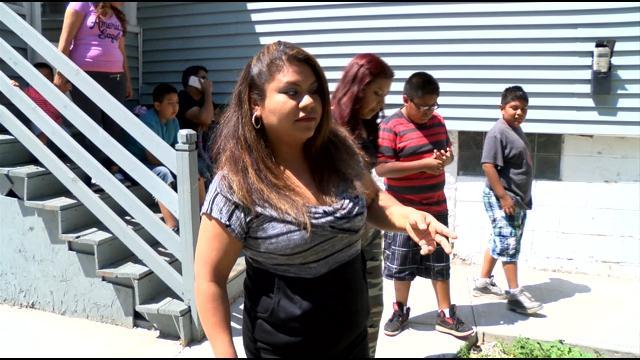 It's a crime trend Milwaukee Police have been investigating for the past week, and the mo is very alarming.

Police say the suspects will bump the driver's vehicle from behind.

Quite naturally, if a driver is struck from behind, it’s understandable for the driver to get out of their vehicle to see what happened.

But police say these criminals are using that opportunity to outnumber the victim, and take their ride.

Adriana Martinez is recovering from injuries to her arms and legs, and the mental state of being assaulted.

\"The guy told her if she had moved that he was going to shoot her,” said Rojas.

Monday evening, Martinez says a group of guys struck her from behind at 19th and Greenfield, trying to make it look an accident.

But Martinez says the men attacked her.

\"The man or teenager pushed her and grabbed her by the neck,\" said Rojas.

Despite the men threatening they had a gun, Martinez says she tried to fight back.

Martinez says she grabbed onto the window of her vehicle.

But that didn't stop the criminals from dragging Martinez with the SUV until knocking her to the ground, resulting in her injuries.

\"She tried to go after the truck because she had her phone there, her IDS, her everything from the bank,” said Rojas.

Police are investigating half a dozen cases with the same mo.

In four of those cases, the suspects got away with the victim's vehicle.

All of the victims have been women.

Milwaukee Police say most of the criminal acts have occurred on the City’s Southside.

Police say this is happening between seven and eleven at night.

Police have one suspect in custody, but still looking for others.

Milwaukee Police have safety tips they want to share with the general public.

Number one, if the passenger and not the driver gets out of the vehicle, police say that’s a warning sign.

Also, a driver shouldn’t feel forced to get out of their vehicle.

Police say it’s okay for the driver to lock their doors, and crack their window in order to communicate with the other driver.

Police suggest going to a public area that’s well lit, and may have security cameras.

And if the driver feels extremely uncomfortable, they can call police to come and assist at the scene.