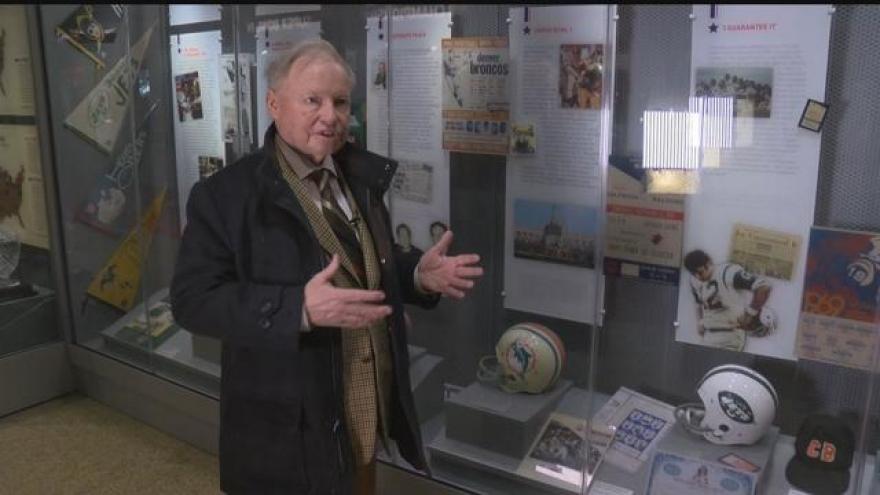 Wow we are two-for-two on this road trip! a beautiful day here in Kansas City, Arrowhead Stadium, the home of the Chiefs and inside Arrowhead Stadium is the chiefs hall of honor, and team historian Bob Moore.

Moore is a walking encyclopedia of all things football. Seriously he knows everything.

Now I then asked Moore why Hunt decided to name the trophy after Vince Lombardi, Moore says he never heard a specific reason, just that Lombardi was the dominant head coach of his era, and it just made sense.