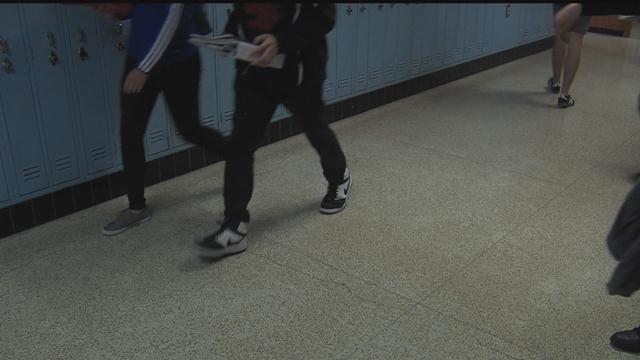 Your tax dollars are paying for a youth shelter program in Milwaukee County that some wonder how well it's working. Teens, who are accused of crimes, are placed in the program until their court date, but CBS 58 found out some of them may be re-offending while they're there.

The place is privately run and is in a contract with the county, but because the state won't let them lock the doors since it's not a juvenile jail, the teens can get out and essentially do whatever they want. There is a local convenience store manager who says he knows that all too well.

"My garage bay, he smashed it, then he break, he break the whole window," said Vasim Shariff as he showed CBS 58 where, he said, a teen broke in late last year.

"He just stole like two or three bottles of soda, that's it, the first time and like 10, 15 bucks of chips," Shariff added.

"They caught him from the St. Charles," Shariff said "He was over there."

St. Charles Youth and Family Services is right down the street from Shariff's store. The private facility provides longer term treatment and intervention services to children and families. The director says they have a contract with Milwaukee County to provide youth shelter services for teens waiting for their court date. She says they are there no more than a month and are supposed to go to school or only go where their Human Services Worker permits them, but that's not always the case.

CBS 58 requested police calls and reports from St. Charles Youth and Family Services. From January 1, 2016 to October 30, 2016, Milwaukee Police took 438 various types of reports and more than half of them refer to a missing teen. In just the first ten days of September, we found 13 reports for missing teens.

"These kids are adjudicated, they've committed crimes enough that the police have arrested them, they have not yet been found guilty, they're placed in this location, but it's not a lock down facility," said Alderman Michael Murphy.

Ald. Murphy wonders if it's appropriate, right now, to have kids, who in some cases have serious offenses, be without proper supervision. Not only is it a concern that the kids may be out there committing crimes...

"But also for their own personal safety," Ald. Murphy said. "I recall this year, alone, there was a child that was about 14 walking along the freeway that was from the St. Charles facility."

The Director of St. Charles said they are required by law to tell police every time a shelter kid doesn't return at a specific time. If they're arrested and charged with a crime, they don't go back. During our investigation, we also discovered St. Charles is not renewing the contract and will stop running the program in January. What will happen to the teens? CBS 58's Eric Levy is looking into that right now.