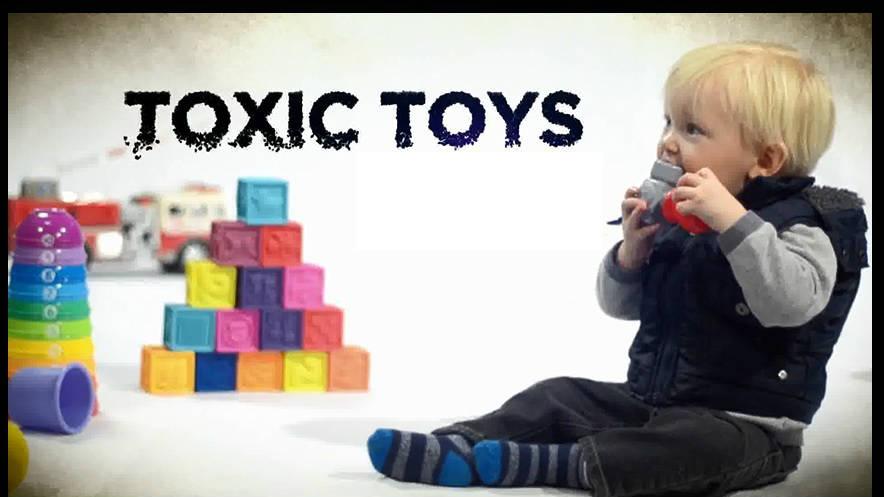 After the holidays many kids are playing with a whole new batch of toys, but in a CBS 58 investigation we found toys with lead levels well over the legal limit.

Karen Scott spends her mornings with her daughter Sadie sifting through a sea of toys. Karen Scott says, \"She moves from toy to toy pretty fast.\" Most of those toys end up in her daughter Sadie's mouth. \"You don't really see labels on them like you do on food so you don't know what's in it.\"

With constant toy recalls, Karen worries about hidden toxins in her children's toys. \"You just see where they're made and most of her toys say they're made in China, who knows what the regulations are there,\" said Scott.

She agreed to let us test her toys, and toys from places like Walgreens, Goodwill, and Dollar Tree. We brought all the toys to be tested by Tony Osborn, a Manufacturer's Representative with Thermo Scientific. He used technology called an X-ray fluorescence analyzer to test for toxins like arsenic, mercury, and lead.

Tony Osborn explains how the technology works, \"When it sees the fingerprint for lead it can see what's in it, and how much is present.\"

We started our testing with our Walgreens pile but found no detectable lead.

Osborn says, \"The larger companies do a lot more testing than smaller companies.\"

As for our Goodwill pile, it was not all good. After a scan, a plastic race car was found to have about 1,500 parts per million of lead, or 15 times the legal limit. The US standards declares this to be a toxic toy.

The Dollar Tree toys were cheap but had the most shocking results of all. First a car failed, then a pack of police cars small enough to fit into your child's mouth tested even higher.

Osborn says the cars came back with this result, \"Twenty times above the legal limit at a minimum, probably much much higher.\"

\"Lead in a child's body reduces IQ, causes brain damage almost immediately, there is no safe levels of lead in a child.\"

In recent years the Consumer Product Safety Commission increased standards for toxins in children's toys, but our experts say not enough testing is being done.

Dalsing says, \"Either enforcement is low or it's getting under the radar.\"

As for our mother Karen Scott, her toys all came back lead free. Osborn says it's because all of her toys were name brand and they often do more testing. So when in doubt Osborn says buy names brand, from well known stores, don't buy from third world countries or from China.

Karen says she's relieved Sadie is safe but worries about other toys still out on the shelves.

We contacted Dollar Tree and got this statement-\"Consumer safety, especially relating to children, is a primary consideration regarding products we purchase from our suppliers. Our company invests in a significant amount of independent testing to ensure supplier products meet all safety and legal standards. Whenever we learn of situations where our suppliers' products may not meet those standards, we investigate. We are in the process of gathering information on the identified products and will review our compliance testing results. We will work actively with our suppliers to ensure their products, sold by our company, meet all applicable safety and legal standards.\"

Goodwill does not directly work with suppliers because the toys are used and donated.

We contacted the Consumer Product Safety Commission, they've asked us to send in our toxic toys and our results so they can independently verify them before making a recall. If you'd like to see more testing being done contact your lawmakers.
Share this article: