CBS 58 Has Fun with Fans at Lambeau and Border Bar 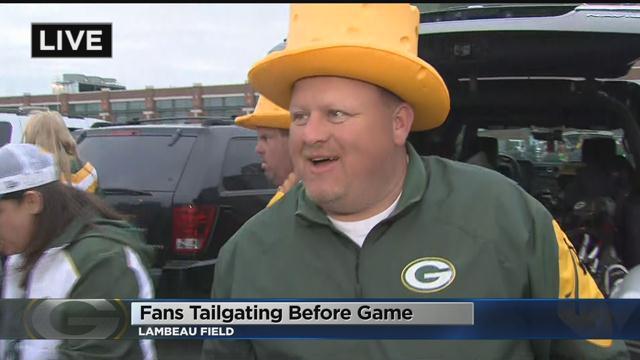 Thursday Night Football at Lambeau brought out some deluxe tailgating.

CBS 58's Evan Kruegel was with fans just before kick off.

Many had spent much of the day there.

Some tailgaters gathering before dawn.

Evan found one spread in particular that was surf and turf!

The grills were helping heat things up as cool breezes brought out the cheesehead hats and scarves.

One Packer fan named Doug drove in from Lima, Ohio to be with his friends.

"Packers need to win. We need it bad," he told CBS 58 News. "I'm looking forward to it and eating and drinking with friends. This is heaven! "

CBS 58's Jacob Kittlstadt is hanging out at Herner's Hideaway in Genoa City where he met Ken and Victoria Grogan.

She's a Bears fan. He's with the Pack.

"If the Packers win, his dinner gets burned!"