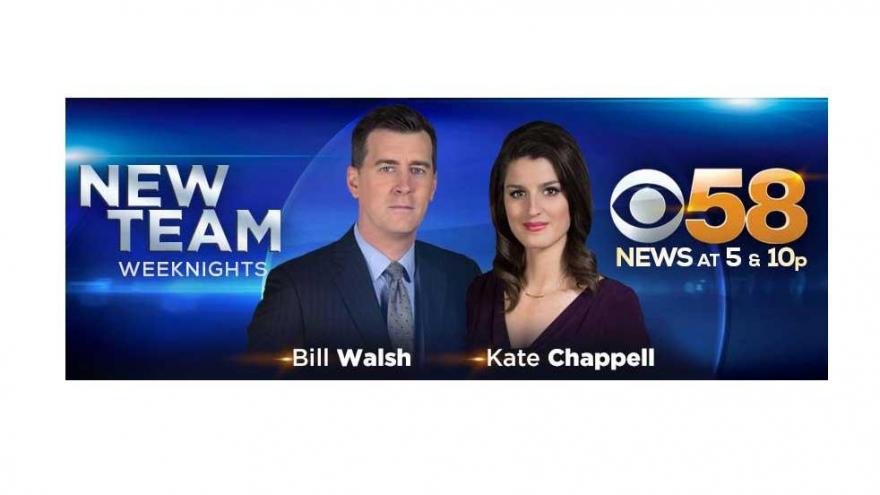 Chappell moves from her previous position as co-anchor of the CBS 58 Morning News.  Walsh previously co-anchored the CBS 58 News at 4pm and 10pm.

He will also continue to co-anchor the 9pm news with Marshanna Hester on sister station WMLW, The M.

Michele McCormack and Mike Strehlow will co-anchor the CBS 58 News at Noon and 4pm.   CBS 58 Morning News anchors Mike Curkov and Jessica Tighe will continue their duties on the 4:30am-7am newscast. The station plans to add a third anchor to replace Chappell on the early morning show.