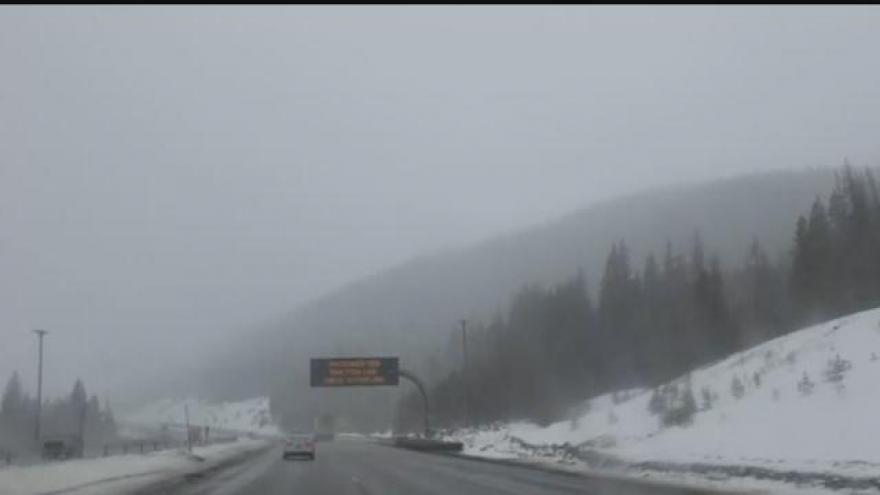 Day five of the CBS 58 Big Road Trip is here! The crew started out this morning in Denver and immediately made the journey up the Rocky Mountains. On the way up the mountains, signs were flashing saying, “heavy snow expected, expect traction and chain rules.” The road trip team wasn’t sure if they needed special permits or tire chains to make it up the mountain.

After further research it was determined no chains were needed and travel was pretty good until the top near Eisenhower Tunnel. The tunnel is the highest vehicle tunnel in the world and sits over 11,000 feet.

Winter storm warnings were in effect for the Rockies and an icy snow/rain mix fell for about two hours, but the CBS 58 Road Trip team was down to lower elevation before heavy snow moved in.

From the Colorado Rockies it was into Utah and the CBS 58 Road Trip rolls on.