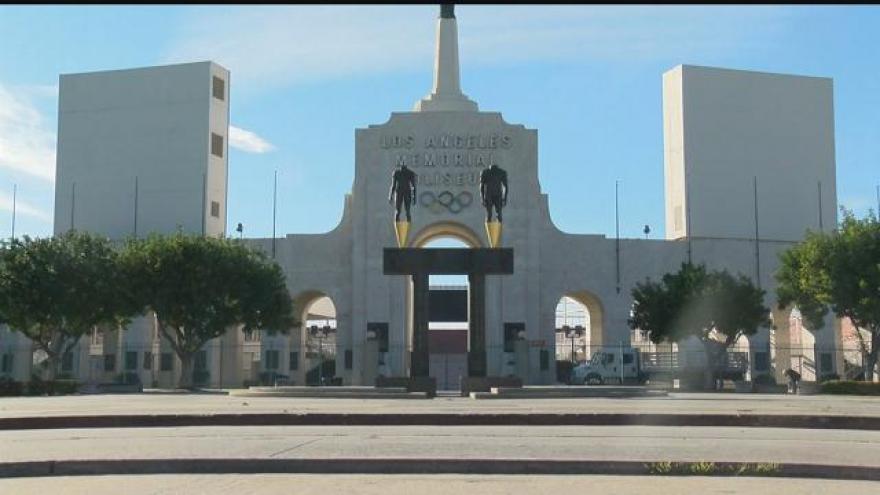 On Monday the CBS Big Road Trip arrived at the LA Coliseum. The Coliseum was renovated shortly after it was built for the Olympics and then about 30 years later it was the home of Super Bowl I and the first Packers Super Bowl victory.

The field is hallowed ground for any Packers fan, "I do believe this is where the end zone where Max made the catch would be," said Coliseum General Manager Joe Furin.

Furin tells CBS 58 that Super Bowl I was just one of many chapters in the Coliseum's rich history. Names like Charles Lindbergh, The Rolling Stones, John F. Kennedy, the Pope, Nelson Mandela, Jesse Owens all made appearances at the LA Coliseum.

The locker room at the Coliseum is completely different from the locker room we showed you a few days ago in Manhattan, Kansas at Kansas State.

Although the locker room has a historic feel to it, the visitors locker room has conditions best described as basic, minimal, run down? Legend has it that when the Raiders played here, there was a chance to renovate the room, but legendary owner Al Davis declined, "Al Davis said 'yes, that's exactly how I want it," Said Furin.

The Coliseum lacks modern amenities like suites, there's exposed concrete and it definitely shows it's 93-year-age. But then you go to the top of the press box and realize why Angelenos love it here.

The press box gives a great view of downtown LA, the Hollywood sign. "On a clear day you are looking at the Pacific Ocean and Catalina Island," said Furin.

You just can't build the character that is in this building and thankfully the city of Los Angeles recognizes that, "the University (USC) signed a 98-year commitment, it's not going anywhere," said Furin.

By that point the LA Coliseum will have been around for 200 years!