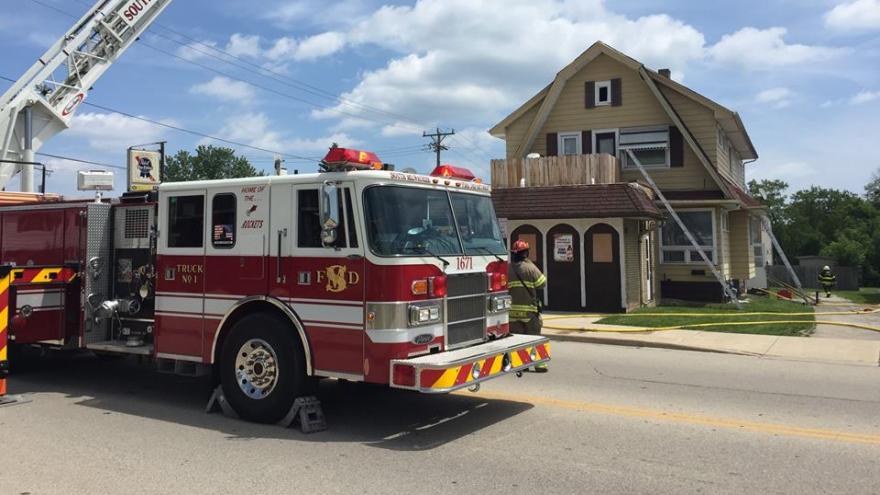 The South Milwaukee Fire Department was called to a home in the 2700 block of Chicago Avenue shortly before noon on Monday.

The 911 caller reported that smoke was coming from the attic of a residence that is attached to a restaurant.

Crews located moderate smoke conditions on the second floor and into the attic.

It was discovered that fire was burning in the ceiling joists and insulation in an area approximately 8' in diameter. The fire was contained to that area.

We Energies responded and power was shut down to the entire building.