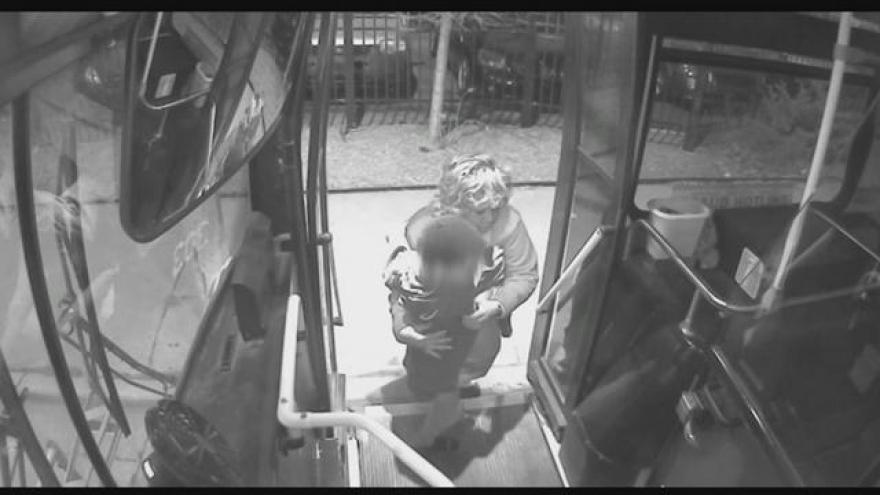 Denise Wilson drives a lot of miles behind the wheel of a Milwaukee County transit bus and sometimes a break is needed.

"I wanted to catch a little air so I decided to stop," she said.

She stopped at 60th and Center after midnight on January 28th, just before the end of her shift. While securing her bus, she couldn't believe her eyes.

She picked him up and took him to a nearby gas station, where a man inside gave the child a hoodie. Wilson said the 5-year-old boy was only wearing pajamas and no shoes.

"It was shocking and a little frightening for me at first too," Wilson said.

Surveillance video shows Wilson carrying the child back to her bus to warm him up.

"You still cold? You still a little cold?" she said.

Without hesitation, Wilson grabbed her coat to wrap the boy up She also bought the young boy snacks to help calm him down.

"He ended up falling asleep on the bus," she said. "He ate his snack and fell asleep."

Wilson stayed with him until Milwaukee police arrived.

She said a miscommunication among family led to the child being missing, but she's thankful her instincts put her in a position to help him find his way.

"It all worked out," she said.

Wilson has been on the job for about six months. Saturday, March 18 Transit Driver Appreciation Day.