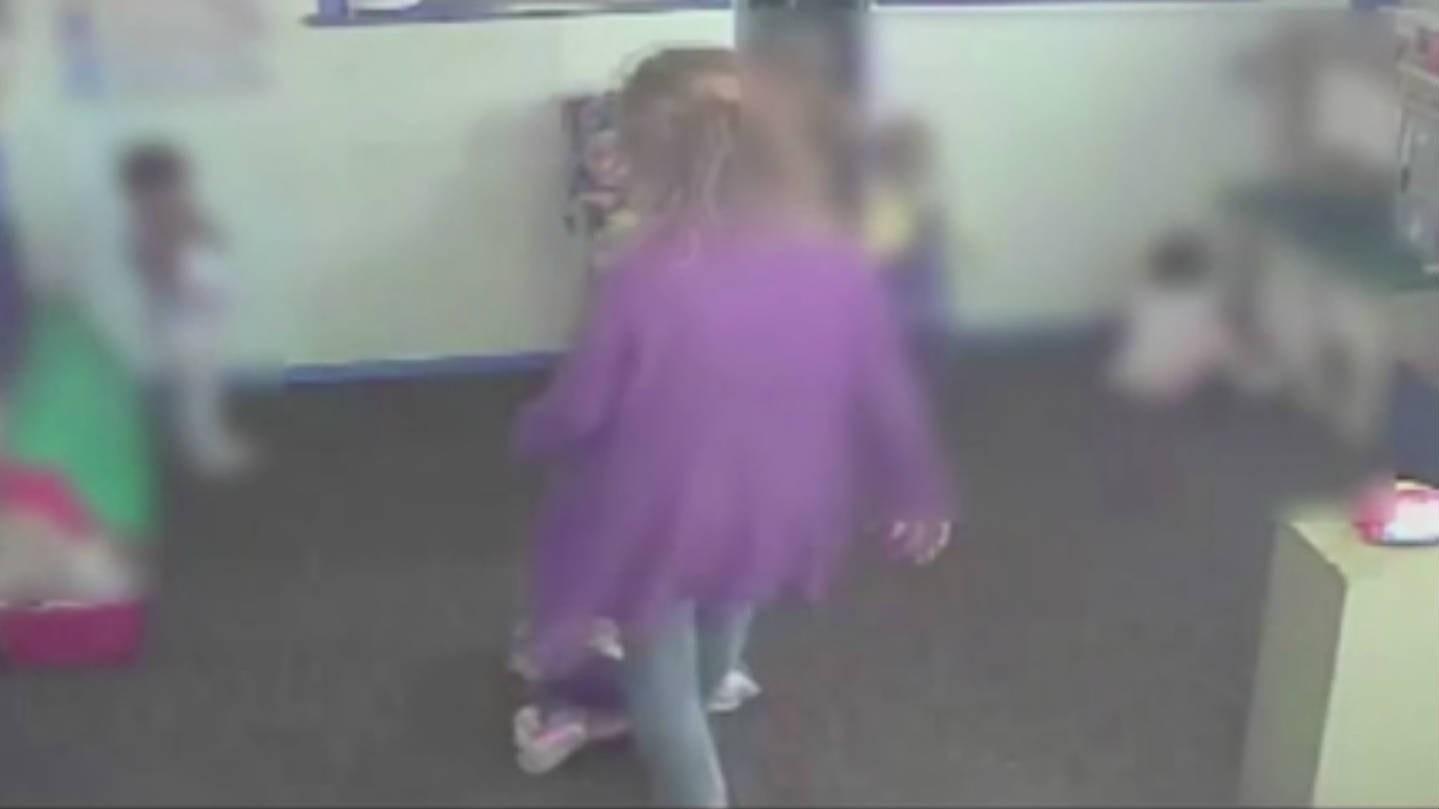 Video from a security camera inside one Florida day care center shows one employee kicking a 15-month-old girl multiple times. The abuse came to light after a mother found bruising on her child and complained.

According to Pasco County Sheriff Chris Nocco, the woman seen on video kicking a toddler multiple times is 49-year-old Linda Klem. \"You talk about one of those crimes that no matter who you are, they shock, this is one of those crimes,\" says Sheriff Nocco.

The daycare's owner Rhonda Sweatland told WFLA she was appalled and devastated when she saw the video. She was also shocked that her employee would do such a thing. \"She's worked here with me for four years, and I never would have expected anything like this out of her,\" said Sweatland. \"I've talked to all my staff. I have 16 staff members and none of them would have expected it either.\"

Most parents say the Florida day care is an excellent environment for their kids, but one neighbor disagrees. Robert Way, who lives behind the daycare, told WFLA Klem's treatment of the children got so bad he confronted here. \"She's just like mean to the kids, and I even stood up and said something to her one day. I told her, I said 'If you don't like working with kids, why do you even have this job?'\"

Klem has been charged with child abuse and is currently out on bail.