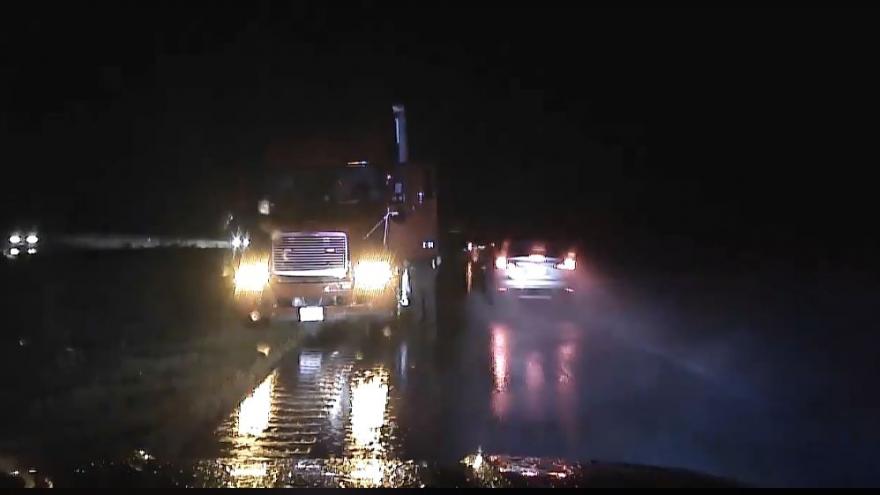 (CBS 58) – An officer from the West Salem Police Department was nearly hit by a car on Interstate 90 during a traffic stop.

According to the department, the officer was responding to a call of a semi that crossed into oncoming traffic on I-90. While speaking with the driver, a car failed to merge to the right lane and passed by the officer within a couple of feet.

The department posted the video on its Facebook page urging drivers to always move over when passing an emergency vehicle.