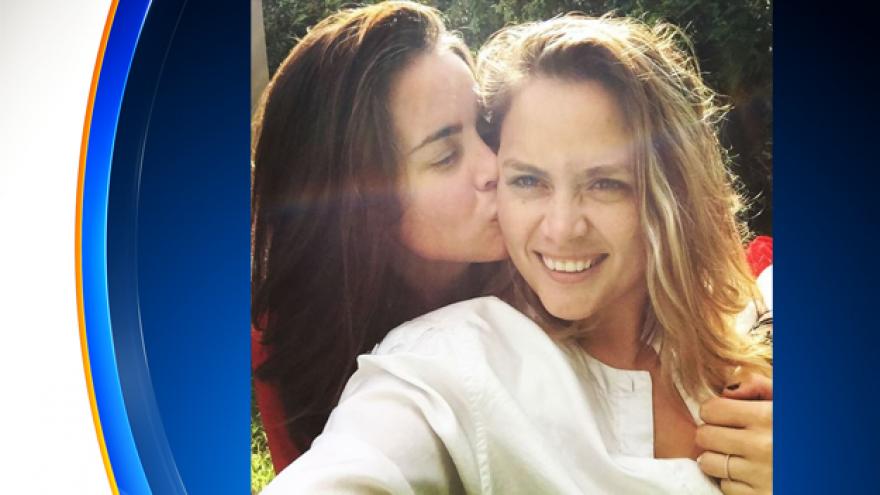 MIAMI (CBSMiami) — A Catholic school teacher was fired for marrying the love of her life – a woman.

Jocelyn Morffi was a first-grade teacher at Sts. Peter and Paul Catholic School in Miami. She has since been terminated.

“This weekend I married the love of my life and unfortunately I was terminated from my job as a result. In their eyes I’m not the right kind of Catholic for my choice in partner,” said Morffi in a Facebook post on Friday.

The school’s Principal Carlota Morales, who had not said an exact reason why they terminated Morffi, called it a “difficult and necessary decision” in a letter sent to parents of the students who attend the school.

“Today a difficult and necessary decision has been made regarding Ms. Jocelyn Morffi, our first grade teacher. She is no longer teaching at our school.

Please know that your child(children)’s education is of the utmost concern for us and throughout the next days and weeks your child’s daily school routine will not be disrupted as Ms. Morffi’ s replacement will be selected very soon.”

“Completely outraged, distraught, disappointed that the school could and took the reaction and the course of action that they have in regards to Miss Morffi. She’s like the Mother Teresa of teachers. She’s been and has made such a big contribution to the school and investment. Our children adore her, so it’s unfortunate that they would do this to such a great teacher,” said parent Samantha Mills.

According to the Archdiocese, Morffi had taught at the school for more than 6 years. They say she was let go because she broke the contract she signed when she first started with the archdiocese.

The Archdiocese would not say if Morffi had any previous disciplinary actions.

A spokesperson for the Archdiocese did release a statement saying,

“Every year teachers sign contracts. In the contract are policies, procedures, teaching and the traditions of the Catholic church. That contract was signed and broken by her. No other decision could be made but to terminate her.”

Back in 2013, Pope Francis spoke about his perspective on the gay community.

“If a person is gay and seeks God and has good will, who am I to judge him,” said the pope.

Parents said they will continue to put pressure on the administration and the archdiocese to understand that the decision was unacceptable.

“We send our kids here because we want them to learn messages of love and I truly believe that Jesus’s message is about love, compassion and acceptance and this is the opposite and that’s very upsetting,” said parent Rochelle Martin.

Parents say that a number of teachers who attended the wedding were given a warning. When the principal was asked about that, she referred CBS4 News back to the archdiocese who could not confirm or deny it saying it’s a personnel matter.