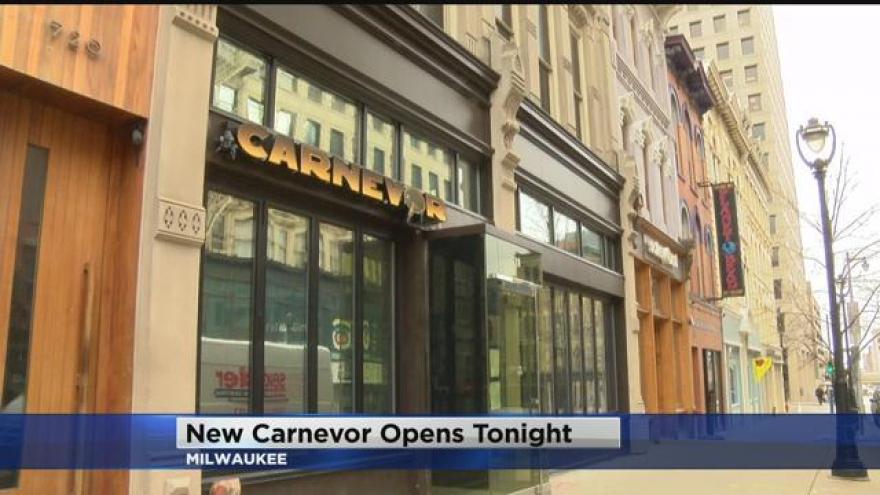 The new Carnevor opens in downtown Milwaukee at 5:00 PM Wednesday. The steakhouse is now just a few doors down from its former location on Milwaukee Street.

Co-owner Omar Shaikh says there’s a prehistoric feel to the ambiance. “It’s like you’re walking into a cave at first,” he told CBS 58.

Everything is new in the space including decorative ribs like the ones diners noticed on the ceiling of the former location.

There's also an upgraded menu. The signature steaks are still on it, but there are more seafood options and some new desserts.

Carnevor is now located at 718 Milwaukee Street. That's where Umami Moto, a sushi restaurant also by Surge Restaurant Group, used to be. The restaurant moved because the owners couldn’t come to terms on a new lease.