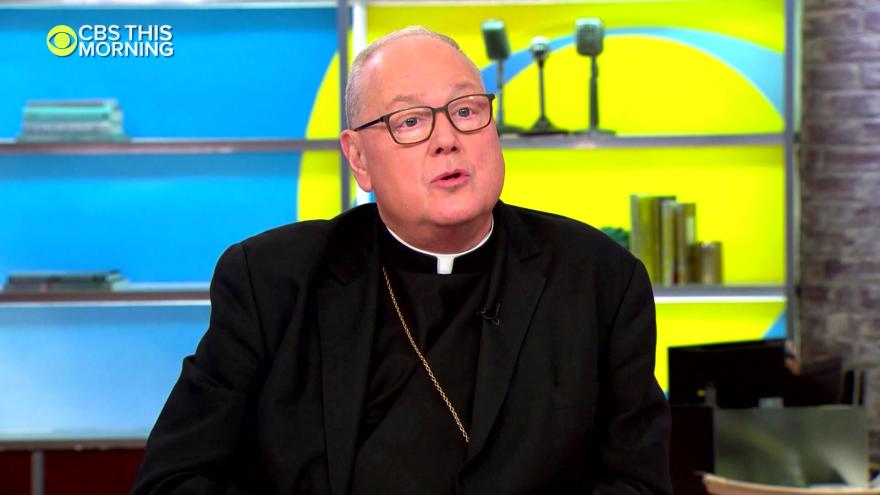 MILWAUKEE (CBS 58) -- There are challenging times for the Catholic Church, and on Tuesday Oct. 29, one of its leading spokespersons talked about one of the biggest challenges.

"We're all embarrassed. And out of this embarrassment, I trust is gonna come renewal, hope and reform," said New York Cardinal Timothy Dolan.

The former Archbishop of Milwaukee answered questions about the clergy abuse scandal on CBS This Morning. He said the church reached a turning point early in the new century.

"There was a tsunami shift in 2002 that the church said hey, you know what, we've been an example of what not to do in the past, now we need to be an example of what to do. And the past 17-18 years there would be tangible, verifiable data that we are ahead of this and that we've cleaned up our act," he said.

Cardinal Dolan has written a new book about the role of faith in our everyday lives. He says his own archdiocese in New York recently got an "A" from a judge after a year-long review of its procedures.